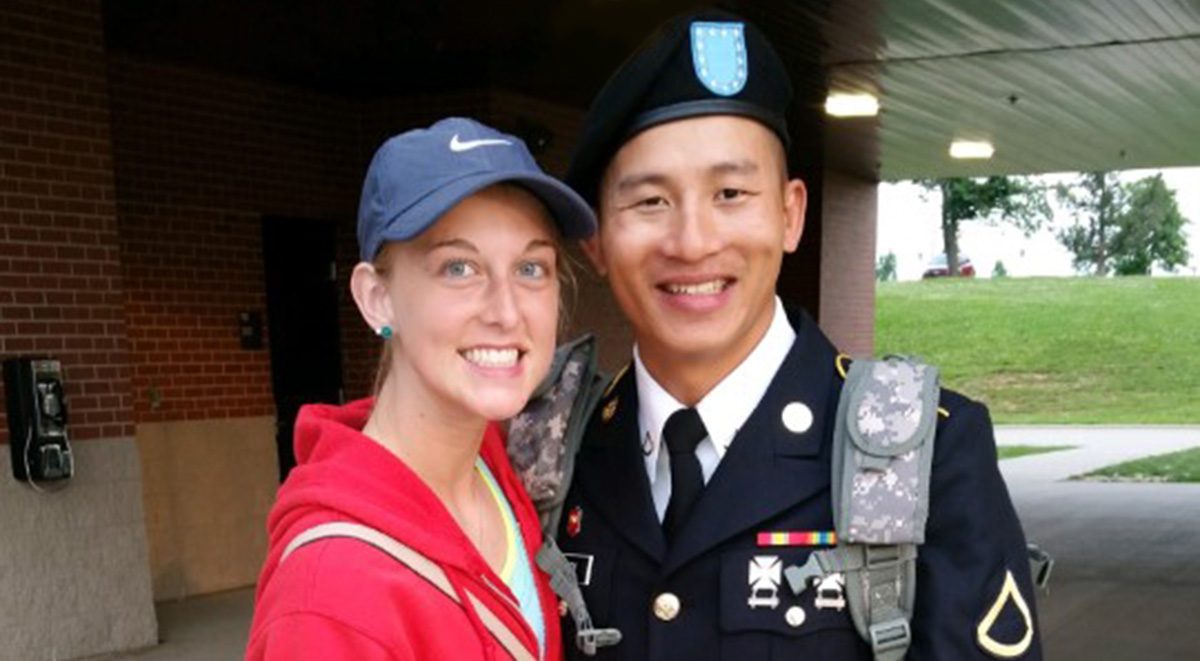 In honor of Military Appreciation Month, we are spotlighting our very own Joe B., a Management Assistant who has recently reported to active duty with the Army National Guard. We are so inspired by his dedication to the military and Enterprise.

Joe B. recently reported to active duty with the Army National Guard for his first tour of service. He’ll report to Texas in May for two months, and then to Qatar for a stint that could be up to 400 days. We couldn’t be prouder to send him off and wish him well!

Joe and his brother were adopted in 2001 from an orphanage in Vietnam. Joe wasn’t sure what he wanted to do after high school, so he decided to join the military because he wanted to give back to the country that had given so much to him. Joe says it will be a true honor to serve his country, and he’s looking forward to what comes over the next year.

A little bit about Joe

Joe joined the military in 2014 and attended basic training/boot camp for 16 weeks in the bitter cold of winter. After basic training, he started as a Combat Engineer.

In 2017, Joe graduated from The Ohio State University with plans to work in the sports industry. When he landed back in the Quad Cities in 2018, he joined Enterprise to learn how to run a business. A couple years later he was promoted to Sergeant.

Joe is married and he and his wife have been fostering two girls, ages 6 and 7, for nearly a year. In his free time Joe loves to cook.

Joe said the military has taught him so much: how to be a good leader, how to work with different types of people (and customers) and mostly, how to overcome challenges and adapt to any environment or situation. His long-term goal is to finish his contract with the military and focus on a civilian career.

Joe’s team is standing by his side, even when he’s away.

“Our team couldn’t be prouder of Joe,” says Seth W., Area Manager. “Our team motto has always been ‘We before Me.’ Joe lives this mantra day in and day out, both at work and in his personal life. The fact that Joe is so ready to serve during the current COVID-19 pandemic makes us all so proud of his courage and determination.”

Heavin T., an Assistant Manager, has been lucky to call Joe both mentor and friend.

“Joe immediately took me under his wing when I started at Enterprise,” says Heavin T. “Every time I excelled, he was right there cheering me on. He’s competitive and encouraging at the same time, and his number one priority is looking out for his team. These are the traits that will serve him well representing our military. During these uncertain times, I was so grateful to have Joe in my social and work network. His sense of humor and his caring spirit will be missed by both his team and his regular customers.”

We are so proud of you Joe and wish you the best!

Laura is a Generalist Manager in Iowa. She's worked for Enterprise since 1997.

See all posts from this author