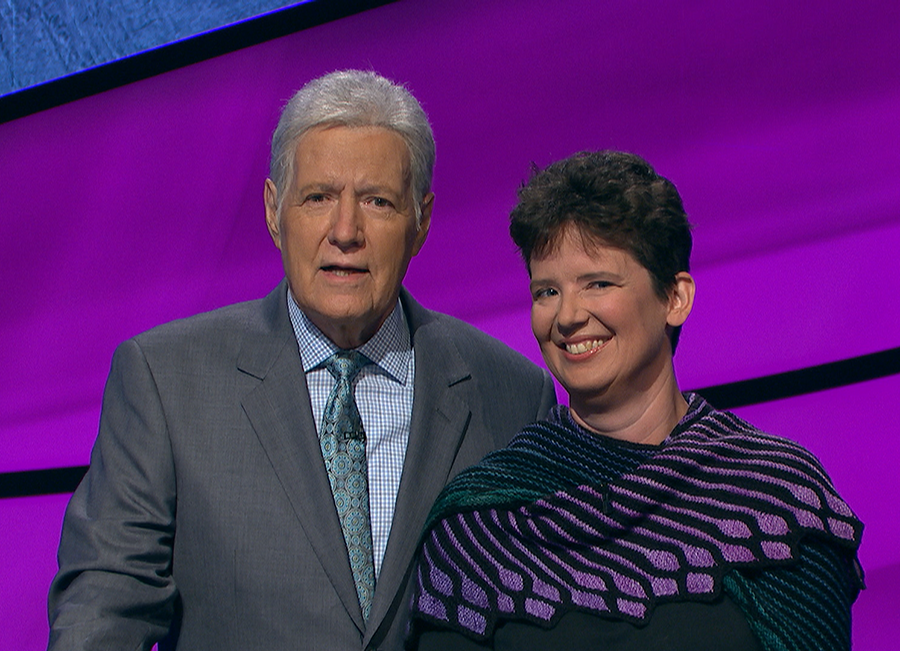 This employee was the 12th person hired in Enterprise Holdings’ German corporate operations, has worked in Washington, D.C. for the last three years, and… appeared on the popular game show Jeopardy on Dec. 17, 2019.

Answer: Who is Dagmar K.?

Nearly 15 years ago Dagmar started her Enterprise career as an administrative assistant at the Germany Corporate office. She proved herself time and again, taking on new roles such as training, building reports and translating. That work ethic and spunk helped earn her transfer over to Washington D.C. when her wife, an oceanographer, received a job opportunity at the National Oceanic and Atmospheric Administration. Her official title is Systems Specialist, but her day-to-day involves a potpourri of tasks to help the Operating Group be more efficient – anything from devising processes to ensure compliance to programming time-saving macros and delving into the data mine to find answers.

Growing up in Bavaria, Dagmar was a self-described “bookish” kid. A constant reader and game player, she continues her quest for knowledge today by playing in regular trivia nights with her Operating Group’s Business Management team. Like any good quiz show contestant, she claims to be “a bottomless repository of random useless facts.”

Not too soon after getting settled in her new country, Dagmar began her quest to be on Jeopardy. After taking an online test, she was selected for an in-person audition in D.C., after which she would be placed in the potential contestant pool for 18 months. Luckily, it was only three months before she received the call to be a contestant. From there, it was several weeks before her taping in Los Angeles.

She used the time to brush up on all things pop culture and America. She thanks her experience at Enterprise for keeping her nimble – and helping her learn U.S. geography.

“My work has always been incredibly diverse and varied, so I’m used to staying on my toes, which was helpful when the cameras started rolling,” says Dagmar. “The last few months before the taping I was helping the logistics team with licenses and titles. Since I didn’t grow up in the U.S., I used it as an exercise to memorize the states and their capitals.”

This wasn’t the first time Dagmar appeared on the famous game show. In college she was a contestant on the German version of Jeopardy, and even made it to the coveted “returning champion” spot once.

Though leading going into the final clue, Dagmar was stumped on a U.S. history question, which prevented her from winning and advancing to another episode. But it didn’t dampen her experience – nor her sliver of celebrity status among her coworkers, who held a small viewing party in her honor.

“When you’re up on the stage, it goes fast,” she says. “You have no time to think before buzzing in. It makes me much more sympathetic to the contestants when I watch now!”

And while she’ll now never forget Louisa Ann Swain was the first woman to vote in the U.S. in 1870, she’ll also forever remember her journey to get to that moment.

“The whole experience felt like it was over in a blink,” Dagmar says. “But I did come home with a ton of memories, some fun new connections and Alex Trebek’s cold!”