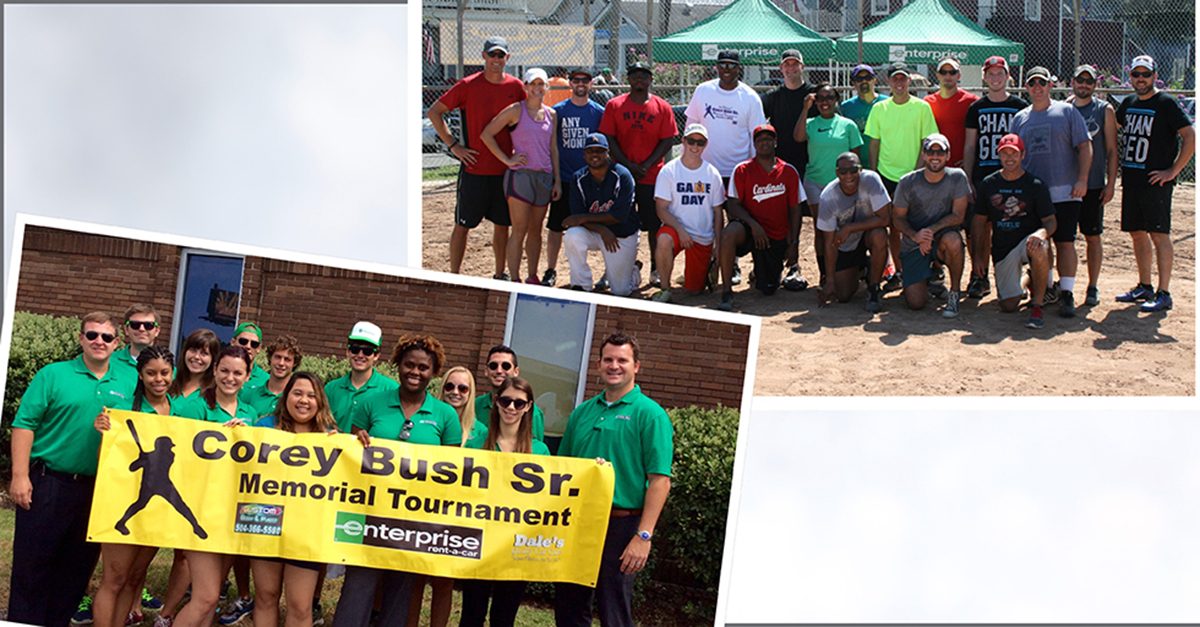 It’s never easy to lose a member of the family and Corey Bush Sr. was definitely a member of the Enterprise family. Corey had been a full-time service agent in Southern Louisiana for 14 years when he was tragically killed while interrupting a burglary in his home two weeks before Christmas.

“Corey was hardworking, loyal and knew everyone,” says Area Manager Eric S. “He was the kind of guy you wanted on your team because you could rely on him for anything.”

“We wanted to do something for his family for the holidays, so we bought gifts for his kids,” says Area Manager Ryan E. “The next year, we wanted to do even more to honor him and help his family. We knew Corey was an avid softball player so we reached out to some of the teams he played with, and established the first memorial softball tournament.”

Three years later, it has raised more than $10,000 which has been placed in an account for Corey’s children.

“We hope to grow the tournament even more and help support other worthy causes in our community in the future,” says Eric. “It’s our way of giving back and strengthening the community in honor of Corey.”