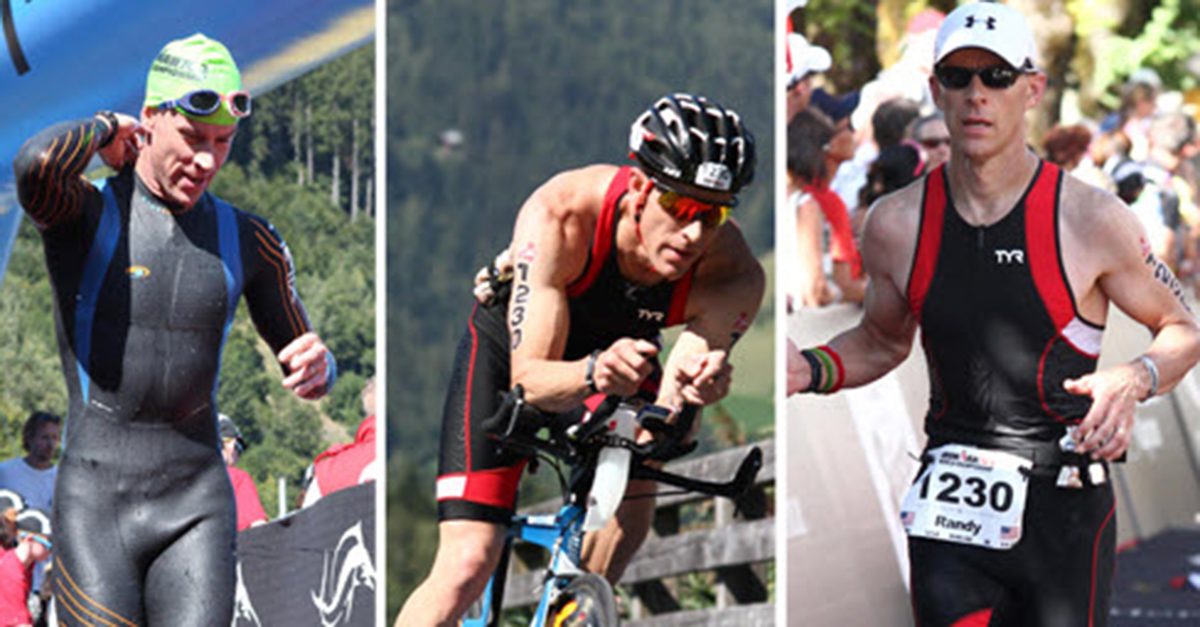 Is it a good thing to be ranked No. 40? You better believe it is — especially if it means you’re the 40th fastest person in the world when graded among your peers at the Ironman 70.3 World Championship, which took place this summer in Austria.

Airport Facilities Director Randy K. has no need to wear a jet pack. He can swim 1.2 miles, cycle 56 miles and run 13.1 miles all together faster than most people could even imagine.

So what lit a fire under Randy, so to speak? It all happened during a vacation in Hawaii.

“My wife and I were on a sightseeing walk in Hawaii when this guy ran by us at a pretty good clip,” Randy recalls. “Soon enough, more racers followed and we soon found ourselves cheering on participants in the Lava Man triathlon. I was so impressed by how fast the lead guy ran by that I did some research and discovered he was Chris McCormack.”

“The more I read about McCormack and triathlons the more interested I became,” says Randy in reference to McCormack being a two-time Ironman World Champion. “By the time we got home, I knew I was hooked. I started swimming and cycling, and three months later I completed my first triathlon.”

Since that 2012 vacation, Randy has completed more than 14 triathlons with a personal best time of 4 hours and 51 minutes.

“It’s such an honest sport,” explains 44-year-old Randy. “What you get out of it is directly proportional to what you put in. If you don’t put in the work, you’ll either suffer or won’t make it.”

“Oftentimes, when I find myself struggling to continue in a race that’s usually when I meet someone who inspires me to push harder,” he continues. “I’ve met a Navy Seal who became a triathlete after surviving being shot 20 times. I’ve also ran alongside a stage IV cancer survivor and an 85-year-old man,” says Randy. “It’s inspiring to see what people are capable of and that’s the biggest thing that keeps me going.”

While Randy certainly covers a lot of pavement, he says he couldn’t do it without physical and mental discipline, and the support of his family. Prior to his first triathlon Randy had never swam a lap nor ridden a bike for anything more than leisure. Fortunately, he already was in great shape from three years of the doing P90X workouts — an exercise regime he started to lose 40 pounds after suffering a herniated disk in 2006.

So what’s it feel like to be ranked No. 40? For Randy, it’s just a number. “Other people see it as a bigger deal than I do,” he says. “Maybe it’s because I’m never quite satisfied. It’s definitely a milestone accomplishment but I prefer to focus on the process rather than the results.”

There’s no rest for the weary, either. Randy’s already training for two more races — another half Ironman in Phoenix and a full 140.6 mile Ironman triathlon that will take place on May 14, 2016, in Texas.