The City of Brotherly Love… and friendly competition 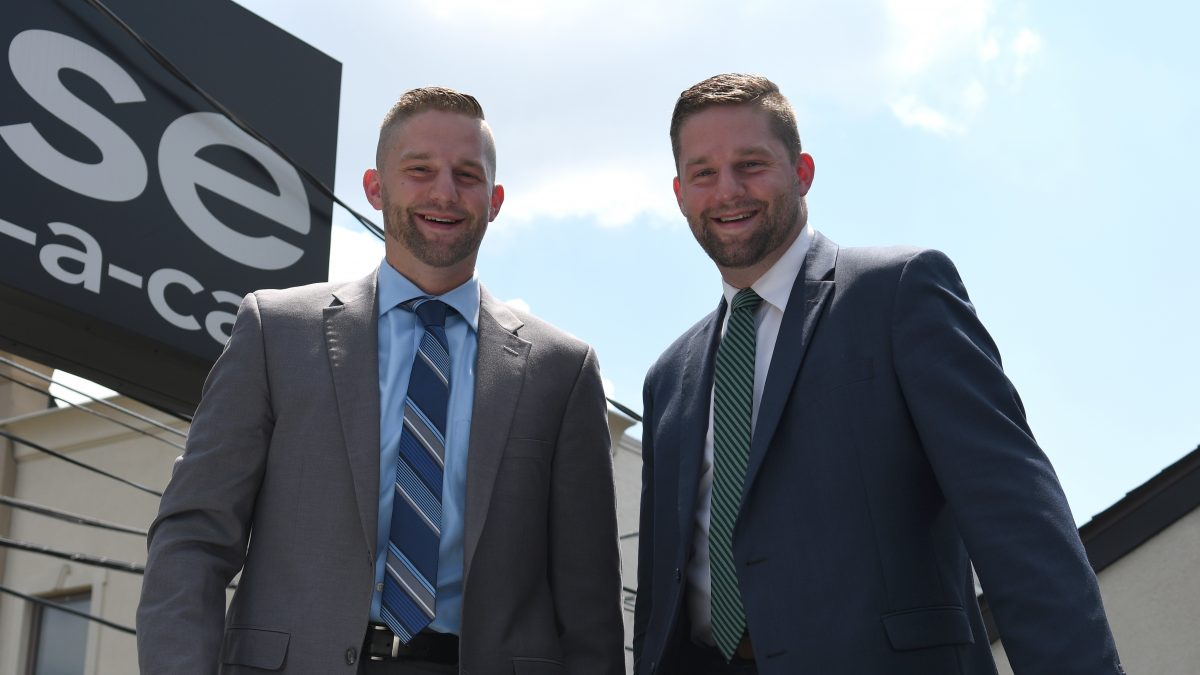 Don’t be surprised to stumble upon Enterprise customers in Philadelphia doing a double take.

Identical twin brothers Ethan and Ryan M. are Branch Managers at locations just 15 miles apart. While they both sport a similar friendly face behind the counter, they’re on two distinct career paths.

Putting on a suit 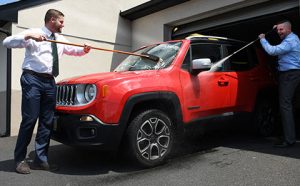 It all started about two years ago when Ethan — now Branch Manager in Warminster, Pennsylvania — joined the Management Training program. At the time, Ryan worked for a consulting firm and began noticing how happy and energetic Ethan was about his job.

“Every day I came home exhausted and completely unhappy, but Ethan was eager to get back to Enterprise the next day,” says Ryan, currently Branch Manager of the locations in Newtown and New Hope, Pennsylvania. “After a few weeks of hearing how great the company was from my brother, I decided to find out for myself if the grass was really greener on the other side. Turns out it was — I joined three months after Ethan, and neither of us have looked back.”

Because of their competitive and driven personalities, Ethan knew Ryan would be a good fit.

“Enterprise was exactly as advertised,” Ryan says. “I now understand why my brother was so enthusiastic about work. The people are great and the competitive environment is motivating. Plus, now that Ethan and I are both Branch Managers in the same area of Philly, we have fun competing against each other to see who has the better performing branch.”

At one point, the brothers had the opportunity to work together as Assistant Managers for two months at the same neighborhood branch in Doylestown.

“We confused a few customers here and there, but we were partners and collaborated to get the job done,” Ethan says. “In fact, we’re pretty proud that Doylestown secured a regional award for best overall performance during the time we were there together.”

Today, the siblings’ branches are just a short drive away from each other. And if they find themselves in a pinch, help is just a quick call away.

“We definitely share cars because we’re in such close proximately,” says Ryan. “And if I’m ever in a serious bind, I’ll certainly call Ethan,” Ryan jokes. “I’m two minutes older than him, so I’m pretty sure pulling my older brother card will get me out of a pinch.”

What’s the best part about working with a sibling? It depends on who you ask.

Ryan enjoys the competition. Ethan enjoys the heightened level of teamwork … and the referral bonus he received.

“Everyone always wants to know if I shared the referral bonus I earned when Ryan joined the company,” says Ethan. “My answer is, “Heck no,” Ethan says with a laugh. “I made money when my brother joined the team, and he got hooked up with a great career. As far as I’m concerned, that’s an even trade.”