On the verge of a breakthrough

A salute to service 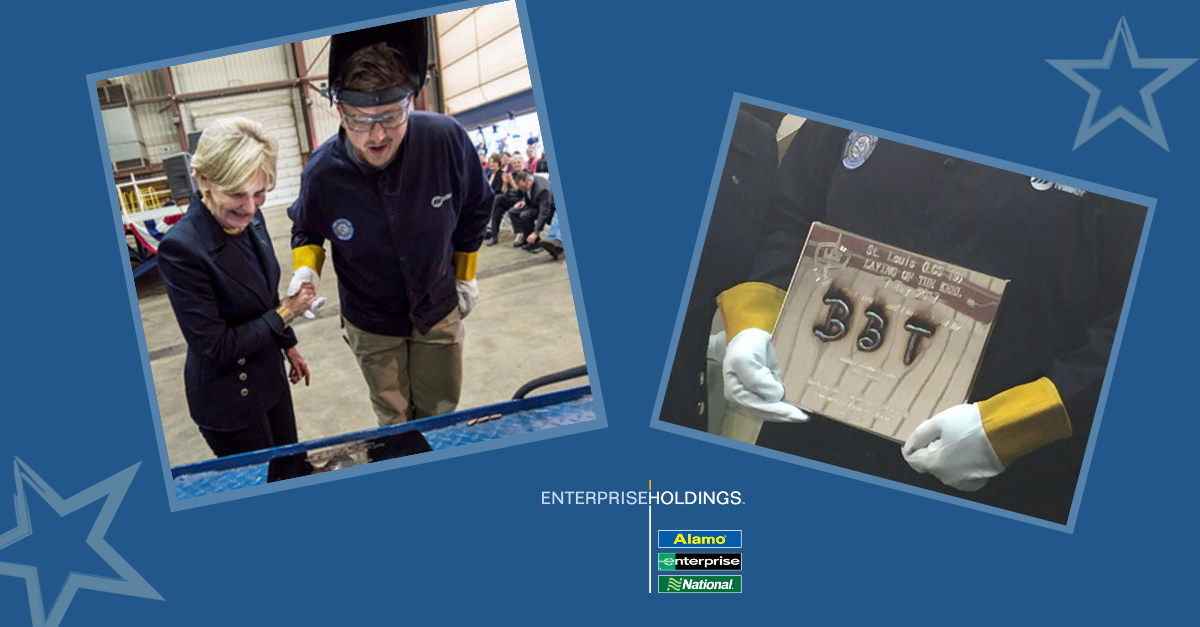 In some respects, it’s a match decades in the making.

Another chapter in the Taylor Family history book.

The story begins with Jack Taylor’s time in the Navy, and the storied USS Enterprise (CV-6) on which he served during World War II.

Jack’s profound experience in the Navy led him to name his company Enterprise in 1957.

Fast forward a few chapters in the history book and the ties between Enterprise, the Taylor family and the U.S. Navy continue to run deep.

History of the honor

In a tradition dating back to 1908, the Navy invites a woman with close ties to a vessel or its mission to serve in a ceremonial role at all the key points in its service life: keel-laying, christening, commissioning and decommissioning.

Barbara herself grew up in a military family. Her father, Lt. General Edwin Borden Broadhurst, was a highly decorated pilot during World War II. His U.S. Air Force career took him—and his family—to many posts around the world, including stops in South America, England, Korea and across the U.S.

And now Barbara, a self-described “Air Force brat,” says she is delighted to become an honorary and permanent crew member for the future USS ST LOUIS (LCS-19).

A Littoral Combat Ship, the future USS ST LOUIS will be among the fastest vessels in the fleet—capable of cruising at 40 knots (or 52 miles per hour). Packed with advanced technology, the ship will focus on a variety of near-shore operations to support undersea and surface warfare missions.

Enterprise board member Sandy Winnefeld (a retired Navy admiral) championed the nomination, which Barbara described as “an incredible honor” when she took part in the keel-laying ceremony last year – the formal recognition of the start of a ship’s construction.

“The combination of my family’s military legacy, the naval heritage of our company, Enterprise, and the enduring spirit of the great city of St. Louis make this incredibly meaningful for me,” says Barbara Taylor.

Find out more about our military history

Paying tribute to the family

Having Barbara Taylor as its sponsor will work to ensure USS ST LOUIS (LCS-19) always remains a one-of-a-kind vessel. During christening ceremonies, Barbara will have the opportunity to place meaningful mementos in a steel box at the base of the ship’s mast, which will remain onboard for the life of its service. She has chosen to honor her father by including two of his combat ribbons representing the Purple Heart and Distinguished Flying medals that he received in WWII, as well as Jack Taylor, by providing commemorative coins from the USS Essex and USS Enterprise.

“Ship sponsors are said to bestow good luck upon the ship and all who sail aboard,” says Barbara. “I am truly humbled and honored to share my spirit with the ship and be considered a permanent member of the ship’s crew.”