Career planning and development is key to success at Enterprise 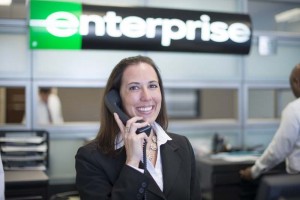 When Erin G. joined the Enterprise Management Training Program in 2004 in Cleveland, she had no idea how far her career would take her. With a strong work ethic and eagerness to always take on more, she quickly excelled and made her way up the rental ranks at some of the largest neighborhood branches in the Cleveland area.

But Erin didn’t stop there. She set her sights on a new challenge – an airport branch.

“I had a great relationship with my team in Cleveland and was a little intimidated to move from a neighborhood branch to an airport location, but I knew I was ready to take on a new challenge,” says Erin. “Enterprise and my leadership team not only afforded me the opportunity to move to Fort Myers, Florida, but they continued supporting me throughout my career long after my move.”

Now a Group Rental Manager in Orlando, Erin is just one of 15,000 employees who was promoted, transferred or moved in 2015.

“When recruiting, we aren’t focused on years of experience or in-depth knowledge about the rental business,” says Marie A., Vice President of Talent Acquisition. “We look for people who have the drive and capability to be successful, and who come from different backgrounds that can help us build a diverse work force.” 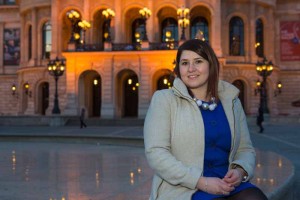 Dita C. exemplifies this philosophy. She started as a Management Intern in 2003 in Corpus Christi, Texas while she was an exchange student from Slovakia. With a competitive spirit and strong ambition to succeed, she knew Enterprise would be an ideal fit for her career, so she set out to work her way up in the company.

“It’s important to set goals for yourself at the very start of your career, both short and long term,” says Dita. “I learned early on that there is a tremendous amount of opportunity to advance your career at Enterprise if you have a solid plan in place.”

Now a Group Rental Manager in Frankfurt, Germany, she credits the training and guidance she received from her managers and senior leaders as key to her success, “I learned so much by observing and listening to those around me who were more experienced. Now I enjoy having the opportunity to share the lessons I learned with my team.”

How can employees take the first step towards advancing their career?

Erin has a few ideas. “As a leader, I encourage my team to focus on learning the basics of running a business, but also leadership skills and attitude,” she says. “I also urge new employees to start building mentor relationships and networks early – it’s those people who will be your sponsors throughout your entire career and can provide guidance and input as you transition into new roles.”