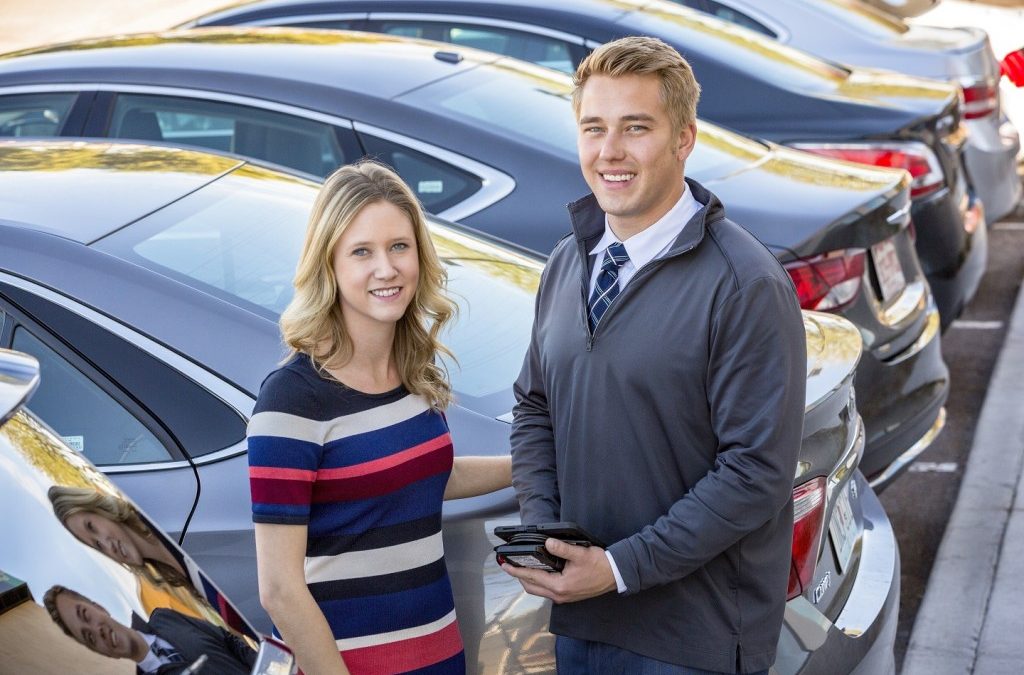 “Enterprise was founded on a promote-from-within philosophy when my grandfather Jack Taylor started this business nearly 60 years ago,” says EVP and Chief Operating Officer (COO) Chrissy Taylor. “What’s amazing is to see all the new opportunities that continue to blossom as we grow as a global organization. We’re building the next generation of business leaders, and I’m excited about what’s ahead.”

In fact, when Chrissy was promoted to her current position of COO in February, it started a chain reaction in which 11 people took on new opportunities at different levels across Enterprise as a result of her career progression.

To get a closer look at how the company’s promote-from-within culture benefits individual careers, we spoke to four of those employees: Kate V., Matt H., Valerie Brandon and Art Turner.

Count Kate V. among those who initially thought Enterprise’s career advancement promises might be a little too good to be true. During interviews, she found it enticing to hear about how quickly people get promoted. “But to be honest, I didn’t really believe it,” she says. Hired in November 2015, Kate is now a newly minted Assistant Manager in Phoenix, Arizona, and is proof of the promise.

Kate has also grown to appreciate how the Enterprise system supports her success. “As an MT, all the expectations are laid out for you,” she says. “Just follow the roadmap, and you’re totally set up for the entire process. I really like the idea that all my bosses have been where I’ve been, too—and that my success is directly rewarded.”

A focus on professional development

Matt H. joined the Scottsdale branch in October 2015. A recent University of Arizona grad, he opted for Enterprise over a competing offer because of the good things he’d heard about the MT program.

“I could tell from the start people here were really focused on my personal growth,” he says. “The open-door policy was very apparent, and people at all levels actually cared about my career.”

The early dividends include some newly developed sales and social skills. “At first, I was intimidated, but the training and support helped me open up and enjoy the sales culture,” he says. Named an Assistant Manager in November, Matt’s now looking forward to bigger and better things. “There are so many avenues to grow at Enterprise, it’s crazy,” he says.

The promise remains the same, even for those fifteen or more years into an Enterprise career: Opportunities abound when you consistently deliver exceptional customer service, growth, profitability and employee development.

Promoted to Regional Vice President for San Diego in 2016, Valerie Brandon relishes the “unparalleled” career environment she’s experienced since signing on as an MT in 2000. “It’s important to know not only that opportunities are there, but to be able to see who you’re going head-to-head with for that next promotion,” she says. “It’s a very healthy competitive environment. It ensures you’re constantly working to make yourself better.”

Valerie calls the bump to Branch Manager in 2004 the most pivotal move in her career. “It was the biggest rush, to be able to say ‘I’m running my own business now,’” she says. “I knew then that I wanted more—more responsibility, a larger team—and that I was a lifer.”

Art Turner, the new Vice President and General Manager for Southwestern Ontario, had a similar experience in the early years of his career in central Pennsylvania.

“I had hit a rough patch as a Branch Manager—so I reached out,” he recalls. “The response was overwhelming. People jumped into action to help me get my career back on track—and I was stunned. I didn’t think I was worth the effort.”

Art resolved then and there to pay it forward whenever he could. In the process, he’s learned how the Enterprise promote-from-within culture works to make networking extremely effective as a career development tool. “It’s a very powerful thing when mentors understand your vantage point,” he says. “You don’t have to over-explain, because they know exactly where you’re coming from.”

As the 2016 wave of promotions proves, Enterprise continues to create great opportunities far and wide.

To see an interactive story about 12 of the employees who were promoted and how their promotions were related, click here: http://go.enterpriseholdings.com/moving-up-with-enterprise/