Growing together for 45 years

Up the ladder and across the country 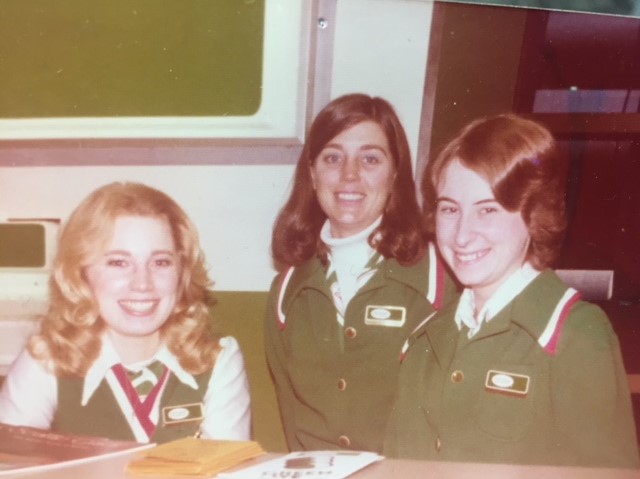 In 1973 construction of the Sears Tower in Chicago was completed, the Watergate hearings began, FedEx opened its doors, and Elvis Presley’s “Aloha from Hawaii” television special was seen around the world by more than one billion viewers.

Four and half decades later, Julie is celebrating a career anniversary few can claim: 45 years.

Julie joined National in 1973 as a Rental Sales Agent at the Seattle-Tacoma International Airport.

After five years at the airport, Julie accepted an opportunity as an Administrative Supervisor. Though the step might have felt small, the move laid the foundation for the rest of her career.

In some ways, Julie and National grew up together.

As National’s footprint expanded, so did Julie’s – with the addition of her three children and then five grandchildren.

“National afforded me the ability to be a mother and a professional,” says Julie. “I had a great deal of flexibility which allowed me to be involved with the Parent-Teacher Association at school and attend my kids’ sports and music events.”

Julie felt very supported throughout her career – both at work and home –  so when National began undergoing major changes, staying with the company was a no-brainer.

In 2007, National was acquired by Enterprise Rent-A-Car. The integration was intimidating to Julie and the unknown was scary.

But she tackled the uncertainty the only way she knew how: with zest, enthusiasm and positivity. After all, Julie felt a kindred spirit with the Enterprise brand as her father was in the Navy and served on the USS Enterprise aircraft carrier with Jack Taylor.

“Things usually go well with a positive mindset,” explains Julie. “Enterprise assured National and Alamo employees that we were needed, so I joined the Enterprise Holdings Human Resources team to help with the transition and aid in a smooth integration internally.”

Prior the transition’s start, a personal visit from Andy Taylor to the Seattle administrative office did wonders to calm any lasting doubts.

“Andy talked with me at my desk for a while and that conversation really bolstered my confidence about my future with the company,” recalls Julie. “His enthusiasm was infectious. He was a great listener who laid out an incredible vision for the company and all the opportunities that would result from the merger.”

Since that conversation with Andy, Julie’s years on the job have continued to fly by.

Julie’s team took special care in celebrating her 45th anniversary. She enjoyed a team lunch (or two), 64 handwritten cards covered her desk, balloons, flowers, and a decorative crystal car. When Julie thought the celebration was over, the day was topped off with a surprise party.

The key to a successful career for Julie?

“Stay positive, work hard and be flexible. With that attitude, you’ll get through every day.”