Giving back, one tree at a time

My Purpose. My Time. How Enterprise employees are encouraged to strengthen their communities

How my Enterprise team rebuilt brick by brick after COVID-19 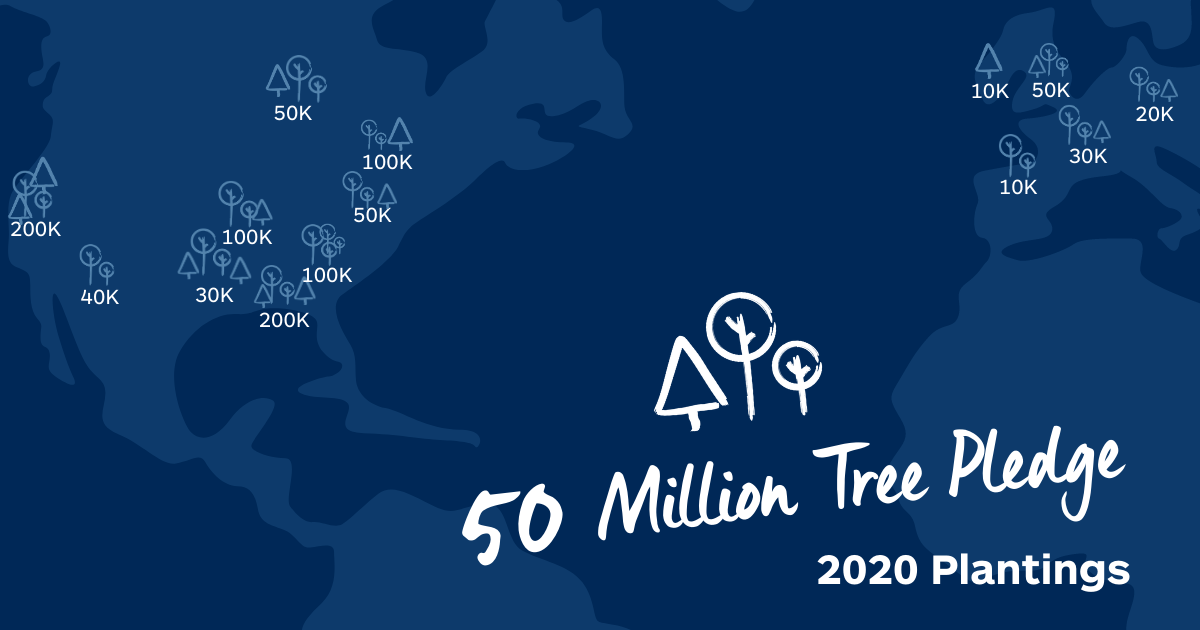 Since Enterprise was founded in 1957, we’ve been guided by a set of founding values one of which is: we strengthen our communities – one neighborhood at a time. Even as we’ve expanded across the globe, we remain true to that same commitment: supporting programs that improve the quality of life in the places we call home.

“A healthy planet is important to us all,” said Executive Chairman Andy Taylor. “Our long-term commitment to help restore public lands is one way for Enterprise to be responsible stewards of the world around us, especially the parts of the world touched by our business.”

In 2006 Enterprise launched the 50 Million Tree Pledge – a commitment to plant 50 million trees over 50 years at a cost of $50 million – in recognition that conservation is one important means to address the impact of the company’s fleet of now more than 1.7 million vehicles on the environment. The initiative also marked the company’s 50th anniversary.

Each year until 2056, with funding provided by the Enterprise Rent-A-Car Foundation, the Arbor Day Foundation will plant – with the help of passionate Enterprise volunteers – 50 million trees in national forests around the United States, Canada and Europe. This will help to restore areas damaged by fires, storms, deforestation and disease. This will also help to expand and preserve habitats for endangered species and protect water resources for generations to come.

2021 marks the 16th year of the pledge. 16 years of revitalizing forests across the world to save our environment. To illustrate the scope and impact of what the 50 Million Tree Pledge does by planting a million trees a year, just look at New York’s Central Park. There you’ll find 25,000 trees, so our investment is like planting a new Central Park every 10 days!

The 1 million plantings in 2020 represented projects in Canada, France, Germany, Spain, and the UK – as well as in diverse forests throughout nine states in the U.S.: Arizona, Arkansas, California, Florida, Georgia, Louisiana, Michigan, Oklahoma, and West Virginia. Find out more about the projects below.

Wildfires devastated thousands of acres of forestland, and much of the forest cover was struggling to regenerate on its own. Last year’s tree planting efforts helped to speed up the recovery of the forest habitat for area wildlife and restore watersheds.

Multiple fires over the last give years have taken their toll on Klamath National Forest, leaving large swaths of charred landscape with little to no seed sources for natural regeneration. The project restored tree cover in these areas, providing slope stability and reestablishing critical habitat for area wildlife including the northern spotted owl and Coho salmon.

The goal of this project was to restore and preserve the primary source of drinking water for Bay County, Florida. 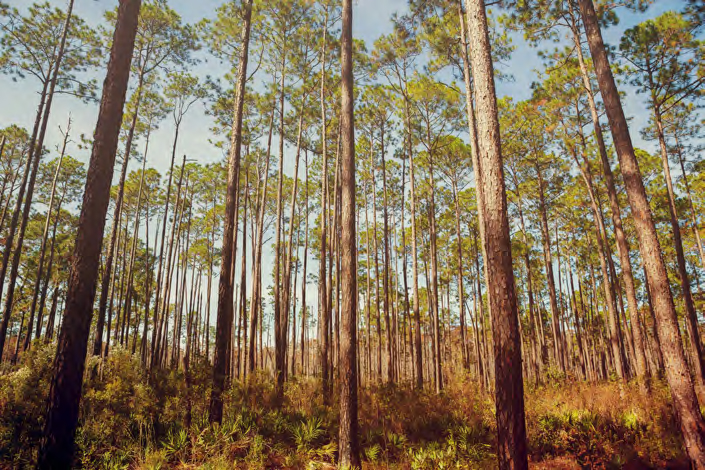 The loss of longleaf and shortleaf pine trees has led to a decline in local wildlife and the quality of area watersheds. Replanting these trees will help restore the natural ecosystem and provide critical habitat for wildlife including the gopher tortoise, white-tail deer, and fox squirrel.

Several centuries of harvesting, land use change, disease and pests have greatly reduced the forest canopy provided by longleaf and shortleaf pine. Restoring these pine stands will reestablish balance to the forest’s ecosystem, improve resiliency to future stresses and disturbances, as well as providing habitat for area wildlife. 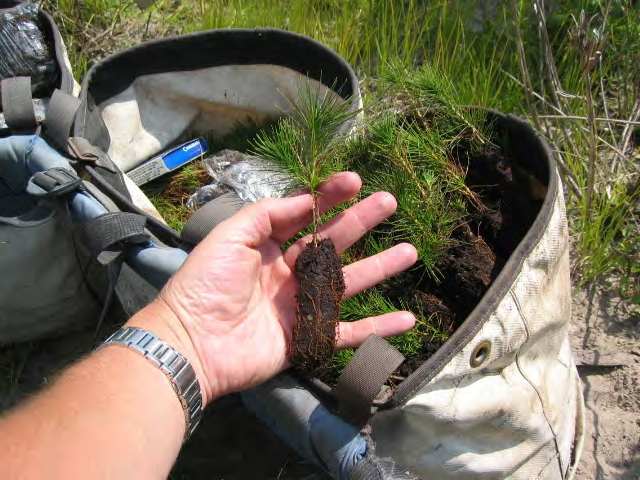 The Acadian Forest is one of the most ecologically diverse forests in Canada – and the most endangered. Tree planting in this area is critical to restore forestland and provide wildlife habitat as well as improved watershed health.

This project worked to replant native tree species to return this area to its natural state and improve area watershed health. The pine forests will grow to provide habitat for the Kirtland’s warbler as well as many other game and nongame species.

Areas of this forest were mined for coal in the 1970s and are suffering from lack of tree cover. Restoration efforts will help to revitalize the damaged red spruce ecosystem that is key to the health of the landscape.

This project worked to support private landowners interested in planting trees on barren sites in need of tree cover, with the goal of engaging local landowners in the benefits of tree planting and creating new woodland in one of the least-forested regions in Europe. 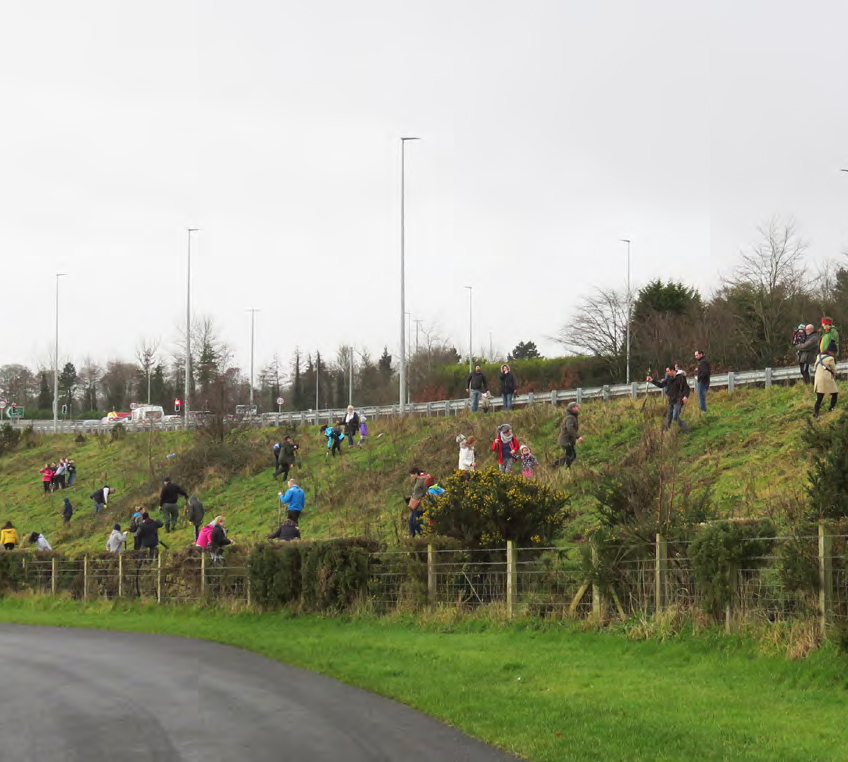 Republic of Ireland and Northern Ireland

Enterprise worked with the group Trees on the Land to help establish tree cover and woodland in both rural and urban areas. These newly planted forests will grow and provide valuable resources, ecosystem services, and a lasting legacy for future generations.

Having faced major fires in 2005 and 2016, Montana Palentina National Park in northern Spain has been left with no way to regenerate naturally. Local municipalities lack the resources to restore the forest cover, but with the help of Enterprise, replanting efforts are moving forward.

Two regions of Germany were the focus of 2020 projects – a former Murray pine forest being restored with a mixture of European larch and Champion oak, and a former spruce plantation destroyed by bark beetle, planted with Douglas fir. Both will provide important future carbon mitigation.

Check out the recent news release for the latest on the 50 Million Tree Pledge, including plantings in progress for 2021.

Want to be part of an organization that gives back to the community? Enterprise is hiring! Find opportunities in your area. 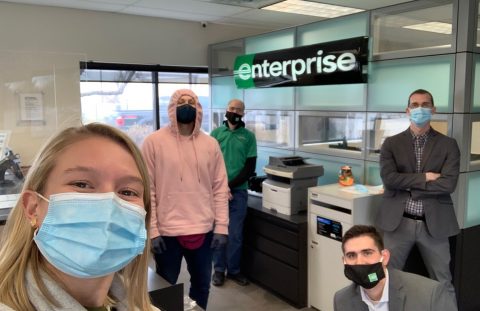 Working at Enterprise During the Pandemic: What’s changed about my job as an Assistant Branch Manager (and what hasn’t)
Read more