One Word to Describe Enterprise: Encouragement 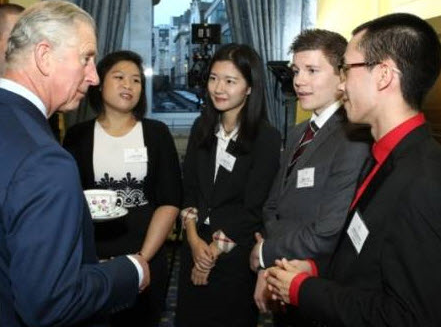 Management Trainee Regan M. (pictured second from right) was the team leader of a student group from the University of Leicester who triumphed over 150 other teams in the 2014 U.K. final of the Chartered Institute of Management Accountants (CIMA) Global Business Challenge (GBC). This win secured their spot in the global final in Mumbai, India in August where they finished seventh out of 24 teams from all over the world.

Regan began his career at Enterprise the day after his summer ball in June — before he’d even graduated. “I found out about Enterprise as one of my friends was working in Stapleford alongside her degree,” says Regan. “When I read Enterprise’s founding values and found out that you can progress quickly if you work hard, it sounded right up my street.”

Regan’s involvement in the GBC has helped him in many ways. “It gave me the ability to question everything I do and try to improve it, and Enterprise has given me the autonomy to do just that,” says Regan.

Because of his group’s success in the competition, they were invited to attend the Chief Financial Officers’ Summit hosted by Accounting for Sustainability (A4S) which involved a meet and greet and a conference on sustainable accounting practices.

“I found my knowledge of Enterprise very useful in networking effectively,” says Regan. “I was able to discuss topics such as the environmental benefits of rental cars over grey fleet and our carbon offset fee.”

About halfway through the event, Regan was ushered into a back room with several other specially selected delegates to await HRH Prince Charles.

“It was surreal when he walked into the room,” says Regan. “We politely introduced ourselves to him whilst he was drinking tea from a bone china cup. We spoke about what we did to be invited there, what we were doing with our lives now and about some of the topics discussed that morning. He was as charming and witty as one would expect from someone who does that sort of thing most of the time.”

After talking with the group for nearly ten minutes, Prince Charles politely excused himself to speak with other delegates.

“It was a wonderful experience to win the U.K. GBC title and to represent the U.K. at the global finals this year, but we never dreamt it would lead to us being invited to such a high profile event as CFO Summit with A4S,” says Regan. “To be recognized as finance leaders of the future and to meet the Prince was a true honor.”