Enterprise In the Community: Jason Brown 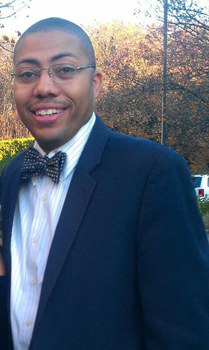 Once a week, Jason Brown brings a valuable bit of his professional expertise to a classroom setting — working to improve the long-term prospects for a group of at-risk eighth-graders in the process.

“I think Enterprise’s mentoring approach translates well to students,” says Jason, a Training and Development Manager in Pennsylvania. “At work, we always talk about performance, and getting the help you need to reach your potential. Sometimes all it takes is encouragement, so that’s the philosophy I use when I work with these students.”

For the past several years, Jason’s weekly tutoring sessions have put a personal face on his operating group’s long-standing support for The Nativity School of Harrisburg. This private, faith-based preparatory middle school takes a unique approach to breaking the cycle of poverty by providing both educational and support services for low-income, inner-city boys.

“We really like their story,” says Nick Dyer, Human Resources Manager in Pennsylvania. “The school has helped these kids get the support they need to advance and continue their education through high school and into college. But many still had trouble being able to afford the tuition there.”

The group found a solution in the state’s educational improvement tax credit program, which allows businesses like Enterprise to earmark a portion of their tax dollars for scholarships at qualifying schools. “We’ve taken part in the program for about seven years now,” Nick says. “Recently, it’s grown to the point where we’ve provided a scholarship to every student who goes to Nativity, for a total of about $50,000 annually.”

Still, the personal connection at the school is “really the best part of the story,” Nick says. “The way Jason has become a tutor on an ongoing basis — that’s the thing we’re most proud of.”

As an added bonus, Jason’s role at the school — and his other community service activities — attracted the attention of a local television station. The CBS affiliate featured Jason and Group Human Resources Coordinator Diane Smith in its recurring Making a Difference segment. For his part, Jason credits his Enterprise colleagues for energizing his relationship with the school. “The company fully supports my efforts. They let me leave early during the week to help in the classroom,” he says. “And the whole team gets involved with the special events we sponsor for the school a couple of times a year.”

Both Jason and Nick see the company’s support making an impact on young lives.

“We’ve done this long enough to see some of the kids move on through high school and into college,” says Nick. “When we met them for the first time, the prospect of them even getting to college was pretty bleak — so the program has definitely worked.”