Getting Out of Your Comfort Zone 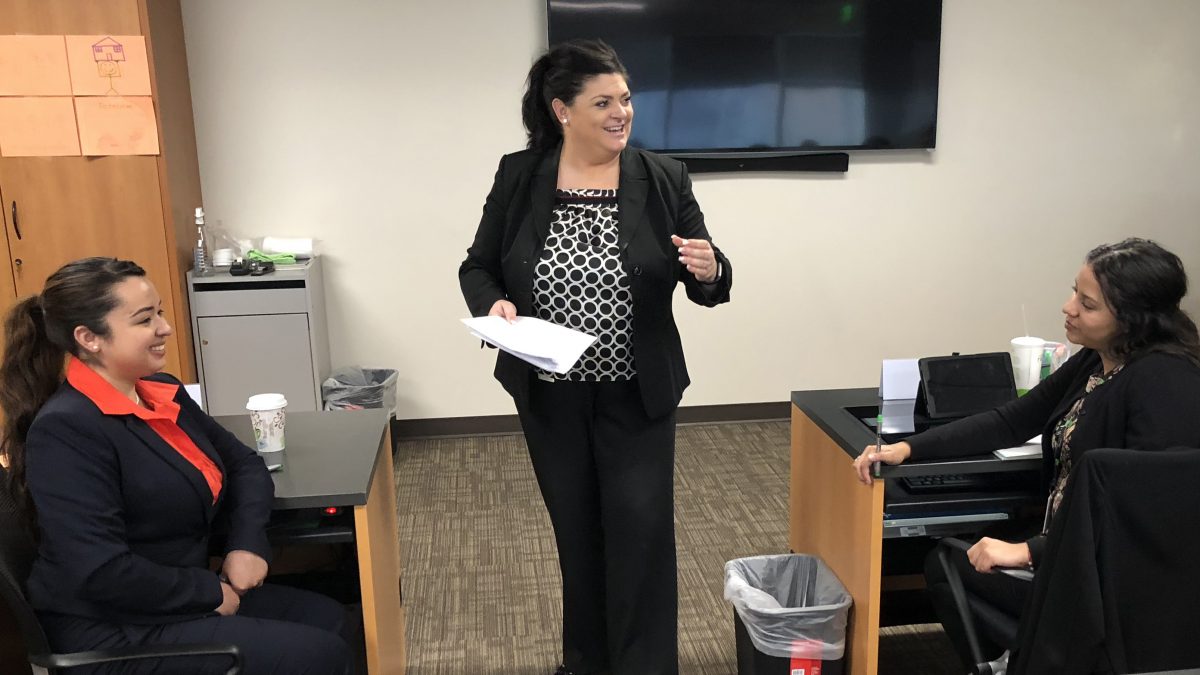 In Southern California, it goes without saying that if you cross paths with Sarah B., you are in for a treat. The Group Talent Development Manager is a self-proclaimed loud and smiley person who sings in the hallways and is so passionate about Enterprise she claims to bleed green. All blood tests aside, she shares her enthusiasm for the brand by serving as one of the group’s trainers and just celebrated teaching her 100th new hire class of management trainees (MTs). 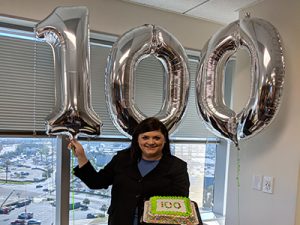 The achievement may be a personal victory, but it’s one that has touched many in Southern California. “I’ve mentored and developed 1,274 MTs throughout the 100 new hire classes,” exclaims Sarah. “It’s an amazing feeling to think that I’ve encouraged so many employees on their career paths, and I’m happy so many of them keep in touch.”

At the end of every four-day training class, Sarah shares her contact information with her students in case they ever need anything. So it was no surprise when Ryan H., who had been in her 20th new hire class, reached out with a question. “He asked me what the highest level one of my trainees had been promoted to and said he wanted to be my first area manager promotion,” Sarah explains. “While he didn’t secure the first spot, he did come in second and that was just as exciting. Watching him receive his area manager promotion has definitely been one of my proudest career moments.”

Ryan, now an Area Manager in Long Beach, says the feeling is mutual. After joining Enterprise in 2013 he notes how Sarah presented the company in a different light that made Ryan decide to stick around. “Looking back, I don’t think I would have made it past the 30-day mark had it not been for Sarah’s presentation,” says Ryan. “She was passionate about her job and committed to the brand but there was a level of realness that you don’t always see. She was honest and upfront, and talked about the endless opportunities,” he adds. “To this day, everything she taught us has proven right, so it really is all about attitude and performance.”

Those who know Sarah say it’s her drive and determination that’s led to her success — two traits she outlines as necessary for progressing quickly through the ranks. “The most successful MTs are the ones that come in, give their all, smile and have a great attitude,” says Sarah. Because at the end of the day, the only thing you can control is your attitude and how you talk to people.”

Sarah’s story began in her home state of Iowa. She started working for National and Alamo at the Sioux City, Iowa, airport facility in 1999 while in college. Set on finding a job that would use her degree in TV, radio and film; she saved up enough money and moved to Orange County, California, a year after graduating. Unbeknownst to her Sarah’s former Sioux City National and Alamo manager Debbie Cook had followed a promotion to Southern California, too.

“Debbie was looking for people to join her team,” says Sarah. “She sold me on the opportunities of forging my own career, and before long I was working at the Orange County Airport.”

And, just like she tells her trainees, Sarah kept a smile on her face and kept performing to get where she is today.

“Being a single mom in a management role is amazing to me. I tell every one of my new hire classes that I’m a single parent so they know they can do it,” she explains. “If I could move half way across the country with no family and make it happen, so can they. I’ve worked hard to get where I am but I also couldn’t have done it without the support of the people I work with,“” she adds. “That’s why at the beginning of every MT new hire class I let them in on my secret: They’re the chosen ones. All they have to do is make sure they make their time worth it.”