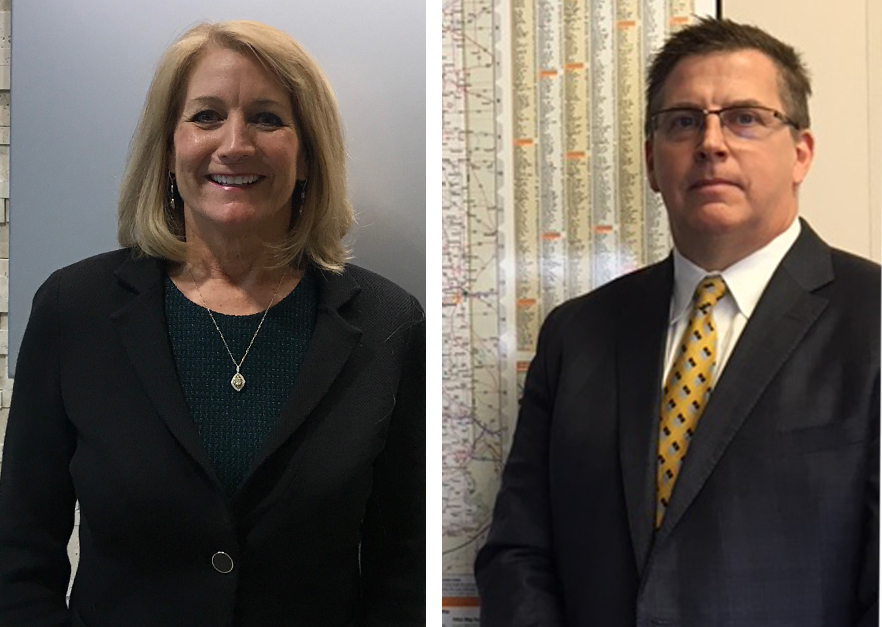 Hindsight is 20/20. But one of the benefits of Enterprise’s promote-from-within culture is knowing company leaders all started from the same place as branch employees early in their careers. They’ve seen the same things, dealt with the same issues and faced the same fears.

So who better to impart some words of wisdom than people who have been in those shoes?

We asked two General Managers with more than 60 years of combined experience to share advice they wish they could tell themselves earlier in their careers.

When Susie reflects on her years as a Branch Manager, she realizes how important that time was in shaping her entire career and future with Enterprise. Working as a Branch Manager in both Kansas City and Houston, she rose through the ranks in the Houston Group all the way to Vice President of Rental. Susie joined the North California Group as GM in 1992. Here are her reflections:

For me, it all starts with building a strong culture in your branch. I started in Kansas City, where we worked hard in a fun, competitive atmosphere and managers led by example.

After transferring to Houston, I was given a fresh perspective with a group whose culture was still being formed. It led me to recognize how much of an effect a strong work ethic, accountability and a team-focused culture can have in turning around behaviors and environments. I was tasked with leading some of that change management and finding career-minded employees. I set the bar high for myself so I could make my branch successful. I was very disciplined, both in who I hired and in executing my plan.

Some employees give up when it becomes hard or they get overlooked for a promotion; their loss was my gain. There were many people who were better than me over the years, but my perseverance won out. Even during down years, I always held on to the belief of finding the right balance. I was one of the lucky ones, and I don’t take that for granted.

The thing I value most about Enterprise is the great leaders we have at every level of our company. When you practice the company’s intrinsic values, you advance in your career. I was lucky enough to see its importance as a young manager, and today I make sure my Group experiences it at every level.

I truly value my years in the branches. Every decision I make in my Group is with the branch team in mind. I know the challenges that a new hire, an Assistant Manager and a Branch Manager face so I strive to develop each employee by giving them the tools they need to be successful. Once you give them the tools, you need to empower them and provide the opportunity to move up and grow their career.

You must learn to be a balanced performer; continue to grow your business with a balanced approach. There is always going to be more business to win, so don’t become complacent. We are only as good as our last month, our last year – so you must continually drive yourself and your team to be on top.  I learned from some great leaders over the years. I also learned from some poor leaders. But the bottom line is, I learned. And I put that into action when I became a GM. It has taken a lot of practice, with some failures mixed in with my successes, but I wouldn’t have traded it for any other career.

Paul’s Enterprise career spans more than a quarter century. He first cut his teeth as Branch Manager in Hartford, Connecticut. He worked his way up the rental ranks before being promoted to GM in Atlantic Canada. After five years there, he was promoted to GM of the Indiana Group where he’s been for the last year and a half. Here’s his advice to his younger self:

Seek out mentors. As a Branch Manager, I was afraid to reach out as I felt I may have been wasting my busy leaders’ time. Now I understand that part of management’s responsibility is to mentor, train, advise and develop young talent. Knowing what I know today, I would be much more assertive in seeking out successful leaders in the company and asking for their guidance in my career, especially in running one of my first locations.

Have a plan and be organized. I achieved the most success seeking out guidance to help build my daily, weekly and monthly calendars which allowed me to focus on and achieve high performance in the core areas, while balancing my many other responsibilities.

Use your resources. Build time into your monthly calendar to learn about the business from your leadership team and department heads. Gathering knowledge and seeking out ideas will make you a better leader and a more consistent performer.

Develop your team. Our success is about team effort and performance. Prioritize and plan the development of your teammates, always focusing on their next career opportunity.

Be a great listener. Seek guidance and feedback from your team, peers and leaders. That open-mindedness and willingness to listen will help you become a stronger leader and performer.

Stick to the core values that have made our company great. Constantly communicating to our team what has made Enterprise the best in the industry will continue to help us stand out in our industry.

Have a simple plan that is easy to communicate and execute. Early in my tenure as a branch manager, my plans were too complicated and led to an inconsistent, “roller coaster” performance. As your branch changes, review the plans and make small adjustments that reflect what customers and employees need.

Lead. Coach and train always, explaining the how’s and why’s. Your team will always look to you for your knowledge, guidance and leadership

Have fun. Having a simple plan, with open communication and a fun culture will create a fun and friendly place for your employees and customers.