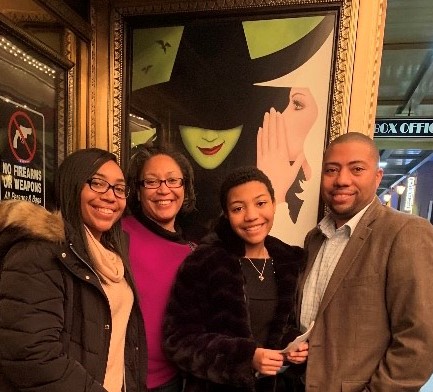 While volunteering in a Harrisburg, PA, classroom with Junior Achievement, a student asked Corporate Talent Development Manager Jason “JB” to wear the speaker’s portion of a personal sound amplifier, a wearable electronic device intended to amplify sounds for people who are hearing impaired.

The student appeared nervous when making the request, but JB pointed to his own hearing aids and said, “Guys like us need to stick together.”

“The student broke into a smile and his energy for the rest of class was amazing,” says JB. “That was the confirmation I needed that I made the right choice in pursuing hearing aids.”

JB has bilateral hearing loss, meaning both ears have experienced a gradual reduction in the ability to recognize sound.

“I struggled at times to hear other people,” says JB. “I didn’t act quickly to pursue hearing aids out of concern for how visible and noticeable they might appear.”

The push JB needed came from his mother. As her health began to fail, she moved in with his family. Ensuring he could hear his mother motivated JB to have his hearing tested.

“My manager met my decision with full support,” he says. “He worked with me to schedule my tests, fitting and follow-up appointments.”

The positive response from JB’s manager aided his confidence and allowed JB to quickly address his need and continue his successful career path.

JB knows the things that are most impactful are often not visible to others.

“In my case, others couldn’t see my disability,” he says. “It’s an example that we never know what someone else is dealing with.”

“I focused intently on body language and non-verbal clues, and became a better listener because I had to concentrate harder,” explains JB. “As a result, I’m more thoughtful and attentive to the person with whom I’m communicating.”

This month is National Disability Employment Awareness Month, paying tribute to the accomplishments of men and women with disabilities and reaffirming commitments to create equal opportunity in the workplace.

JB began his Enterprise career path 18 years ago as a Management Trainee. He was promoted to Branch Manager and then switched gears to the Talent department.

While his career path includes several promotions, his experience being hearing impaired also left unchanging marks along his path. 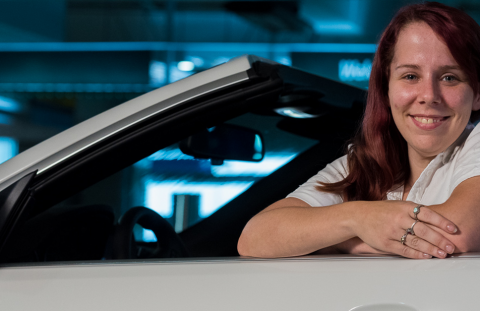