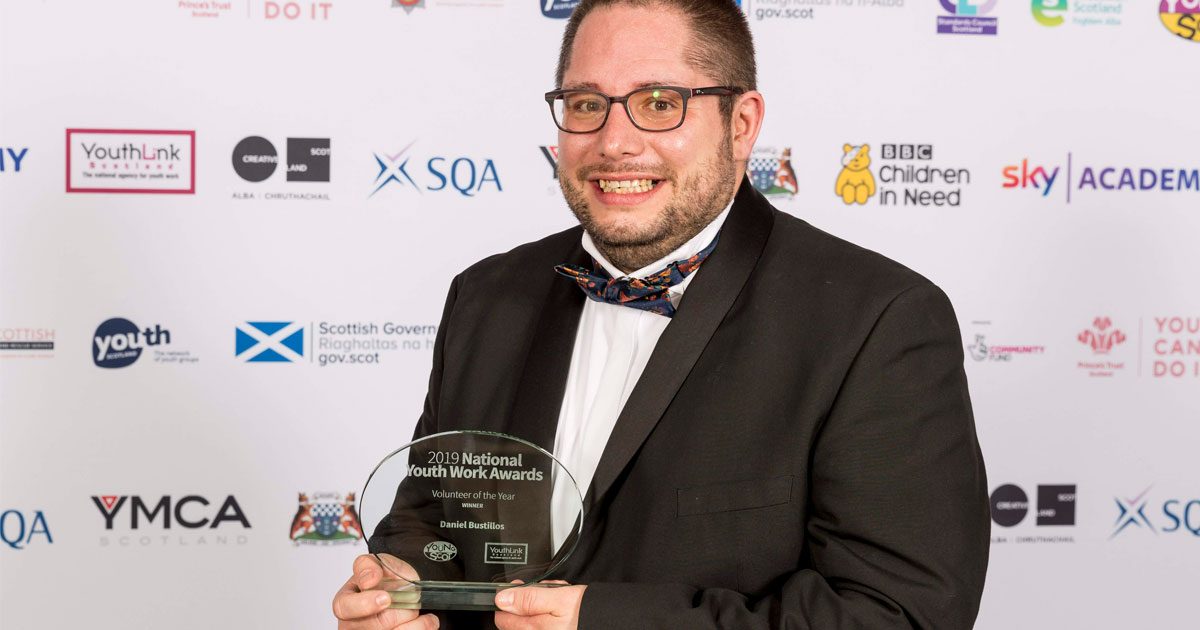 Facilities Specialist Daniel B. was fortunate to have the support of several trusted adults growing up. Now he’s paying it forward – in an award-winning way – by serving as a safe, supportive confidant to LGBT youth in his Scottish community.

As teenagers make their way into adulthood, says Daniel, “They can feel like the sky is falling for absolutely everything.”

But a little bit of perspective and a safe, empathetic ear can make a dramatic difference. That’s the role he plays in weekly “Triangle” groups sponsored by LGBT Youth Scotland, where he has served as a volunteer for two and a half years.

“Some of the young people I work with feel they can’t be their true selves outside these couple of hours per week,” he says. “I’ve found they aren’t looking for advice. They’re just looking for someone they can trust to talk to and give them encouragement.”

Daniel’s understanding ear, compassion and support led to his recognition as Youth Work Volunteer of the Year this spring.  As one of 200 volunteers in the country nominated for the award, Daniel was shocked when he learned he won.

“I didn’t think I was doing anything special,” he says.

Daniel’s nomination letter from one participant is a glowing testament to his commitment to the organization.

“Sometimes in life you meet a person who really makes a difference to other human beings,” writes the nominator. “Daniel is one of those people. He made me feel comfortable and accepted immediately. He is an inspiring individual whose impact goes far beyond just running the group. I think Daniel deserves recognition for the work he has done changing young people’s lives because he’s changed mine, and I’m really proud to call him my friend.”

Daniel was recognized for his assistance in creating a young person produced video and developing and delivering volunteer training. His flexibility and dedication were factors, too. He often stands in for other leaders when an absence threatens to cancel a meeting, knowing it could be the participants’ only outlet for the week.

Our doors are open

Daniel appreciates the way Enterprise supports his family and his volunteer work. His husband, Risk Manager Bruce A., has been with Enterprise for 15 years. When Bruce was offered a position in London (from California) in 2007, Enterprise supported Daniel as well. “They treated us just as they would any other couple, and they have ever since,” Daniel says.

Daniel started with Enterprise as a Facilities Coordinator when he and Bruce moved to Scotland in 2015. He was promoted to Facilities Specialist two years later. His team is responsible for keeping 44 Scotland and Northern Ireland Enterprise locations clean, safe, workable and on-brand.

“I am here today because of Enterprise’s open doors and inclusivity,” Daniel says. “We talk a lot about our founding values, and this is definitely one we live – from top to bottom.” 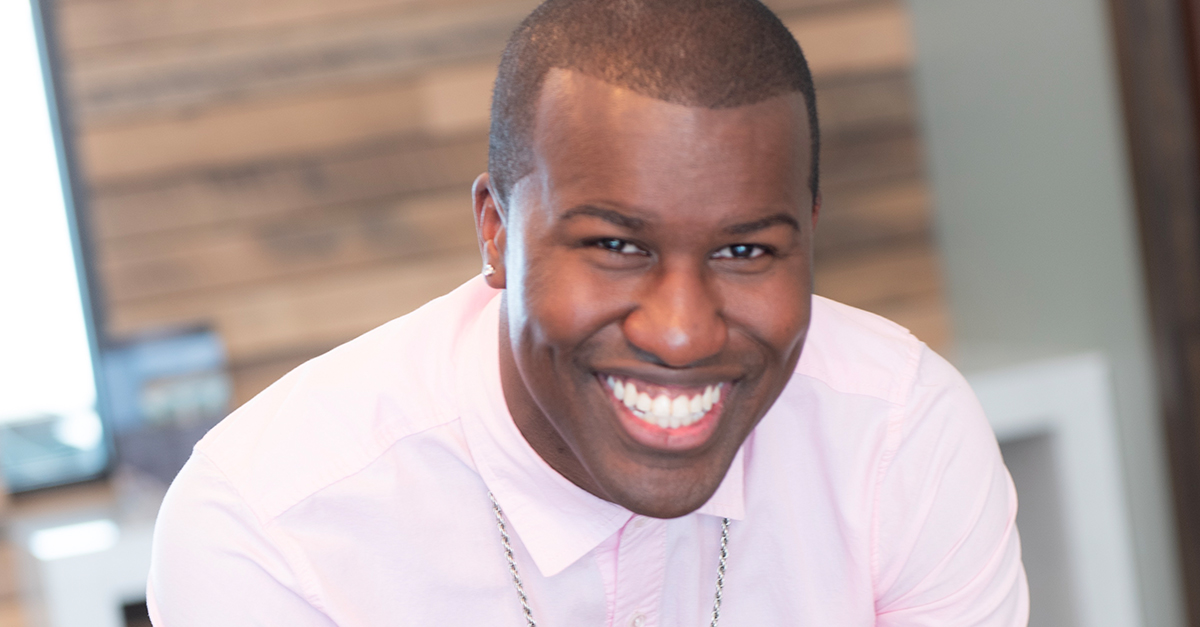