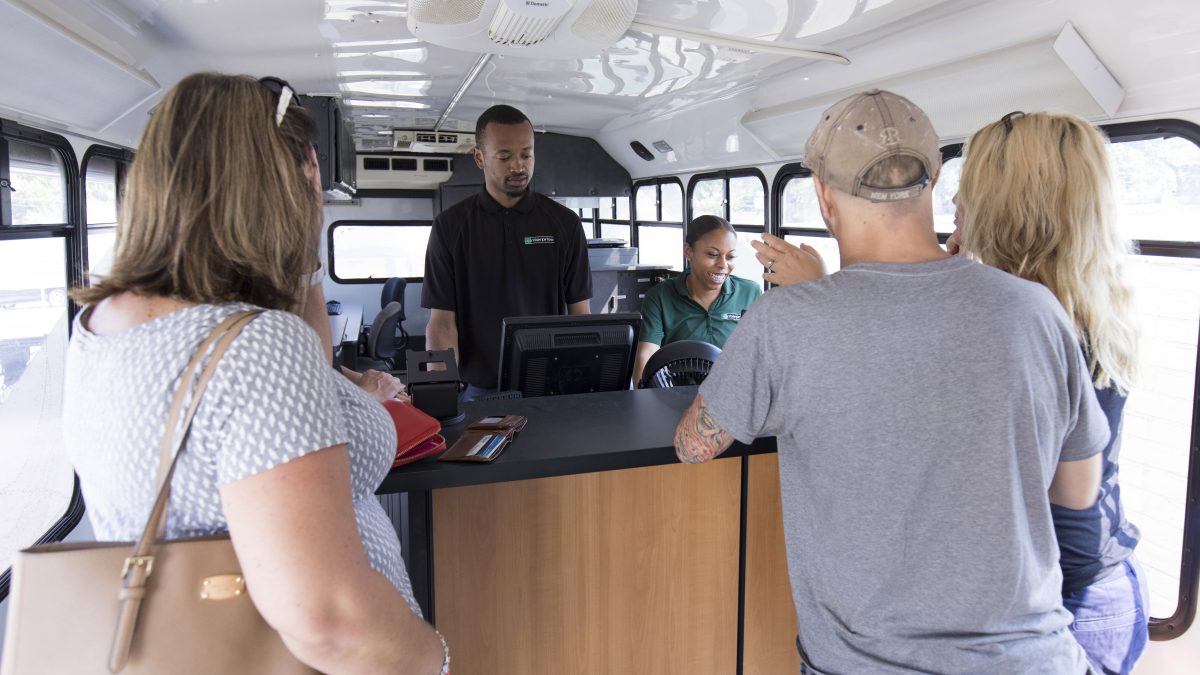 On Aug. 25, 2017, Hurricane Harvey swept through Southeast Texas devastating everything and everyone in its path. As one of the strongest storms to hit the U.S. in 12 years, the damage and rainfall left thousands homeless and businesses destroyed.

While many sat glued to their TVs watching the powerful storm sweep across communities in Texas, for Enterprise employees in Houston – the storm was a reality they couldn’t escape – and made a lasting impact they will never forget.

In part one of this two-part series, we’ll explore how the Houston Group – although faced with hardship and adversity – picked up the pieces and ultimately become stronger in the end.

Preparing for the unknown

“This is the third year in a row we’ve experienced destructive storms, so we gained some experience on how to prepare our operations,” says Vice President and General Manager Karl K. “But Harvey was different. With 50 inches of rain falling over the course of a few days, it was the flooding that left the most devastating effects.”

“It’s an integrated plan that involves everyone from operations to insurance replacement to vehicle acquisition,” says Karl. “It is all hands on deck, 24 hours a day.”

Through close conversations with senior leaders across the Group, vehicles and employees from impacted locations were moved to safety where they awaited the passing of the storm.

Putting the pieces back together

It was a waiting game longer than anyone anticipated, as Harvey stalled and deluged the region. Once the rain stopped, it was time to assess the damage. 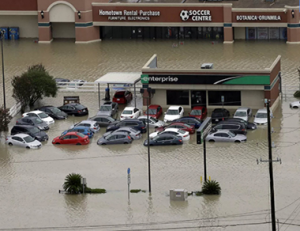 “The flooding not only destroyed everything, but made it almost impossible to get to our branches,” says Karl. “I remember watching the news and seeing one of our branches completely under water and thinking, ‘that one is definitely a total loss.’ We were literally getting updates from television.”

Initially, Hurricane Harvey forced the Group to close more than half of its 185 neighborhood and airport car rental locations in the Houston area. Approximately 3,000 vehicles were destroyed in the flooding – just over 10 percent of its fleet.

In total, 43 branches were damaged, four of which will need to be rebuilt.

Within four days, 75 percent of locations were back up and running, assisting first responders and insurance replacement customers. To replenish the Group’s fleet and meet spiking demand, more than 17,000 vehicles made their way from cities across the country. Several car carrier convoys came in from Austin, Dallas, Oklahoma City, Denver, St. Louis and Birmingham. In addition, 500 units were loaded on rail cars from as far away as California. 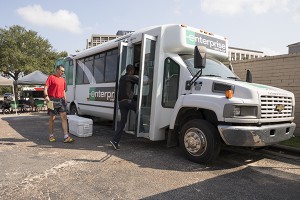 To assist one of the hardest hit areas, the Mobile Emergency Response Vehicle (MERV) was delivered to the Meyerland community of Southwest Houston.

MERV operates as a portable, state-of-the-art branch office in the event of an emergency. It can operate on a generator for more than 120 hours, supporting relief efforts even before local power is restored.

Tablets also played a critical role during this time.

“They gave us more flexibility than ever with our customers and our employees,” said Vice President of Rental Doug C.  “As cars were dropped in across multiple staging points in the city, the use of tablets allowed any branch to assist in getting customers to the cars quickly. In addition, our employees, armed with tablets they took home during the storm, could be quickly reassigned from flooded branch offices to other facilities.” 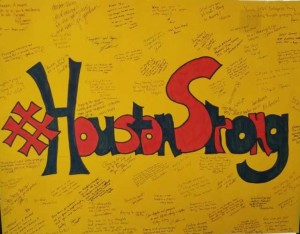 As Houston and the surrounding communities start to rebuild, one thing stands apart in helping Enterprise quickly get back on its feet: its people.

“There were so many lessons learned and insights gained,” says Karl. “But the biggest thing we witnessed was not only the resilience of our employees, but their personal ownership in helping get our businesses up and running again so we could all play our part in helping Houston rebuild. It was amazing to see during the storm, and it is still going on today.”