Military Appreciation Month: Learn how this Fort Bragg military spouse moved up the ranks to an Area Manager position 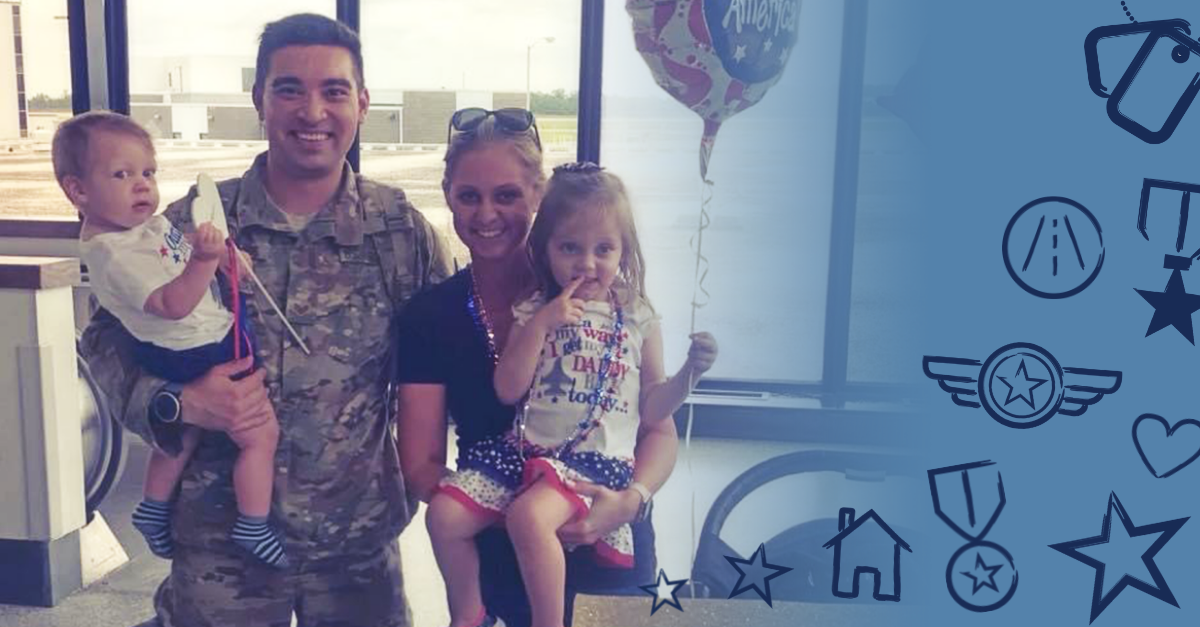 The world’s largest military base, Fort Bragg in Fayetteville, North Carolina is a city unto itself. According to Army Technology, Fort Bragg serves:

Without a doubt, Fort Bragg is a central part of the local community.

In honor of Military Appreciation Month, we wanted to hear from the North Carolina Enterprise team about the unique challenges and opportunities of business operations in an area of the country with a significant military presence.

Area Manager Courtney G. oversees Enterprise’s Fort Bragg operations. Not only does she support employees who have served, but she has her own experience as a military spouse.

Courtney began her Enterprise career in 2013 as a Management Trainee in North Carolina. In January 2014 she transferred to Louisiana where her husband, a Staff Sergeant in the Air Force, was stationed at Barksdale Air Force base. Later that spring she was promoted to Assistant Branch Manager, only to find the herself moving back to North Carolina six months later when her husband was reassigned.

“Even with two small children and limited career mobility options due to my husband’s military service, I always felt fully supported by my managers,” says Courtney. “Under their guidance and mentorship, I worked my way up to Branch Manager. Last June I was promoted to my current Area Manager position.”

Supporting those who serve

The North Carolina Enterprise team has nearly 200 current active duty or veteran employees, several of whom Courtney manages. With personal experience as a military spouse, she leads empathetically and understands the unique challenges this employee population faces.

“We work in an environment that’s constantly evolving with new technology and platforms,” she says. “It’s important to keep these employees motivated and connected to the business by discovering their long-term goals and helping them celebrate their success along the way. Enterprise’s competitive environment is an asset, as that’s a value strongly instilled in the military.”

A competitive spirit isn’t the only transferrable skill from military life to the Enterprise world. Courtney says leadership and resilience are also key.

“Our military members – past and present – have all been in some tough situations. Their resiliency makes challenging work much easier to handle,” she says.

Courtney also points out Enterprise’s heritage is an important connection for employees who have served.

“Because of Jack Taylor’s military history, we promote the values service members hold true – integrity, loyalty and respect,” she says. “These traits help retain our veteran workforce and maintain their dedication to our awesome team.”

Courtney points out Enterprise’s commitment to its military employees is no different than its support of all employee groups: access to resources, open doors for communication and growth opportunities.

In reflecting on Military Appreciation Month, Courtney ends with this: “It takes a strong person to serve our country, and our active duty employees and spouses are nothing short of amazing,” she says. 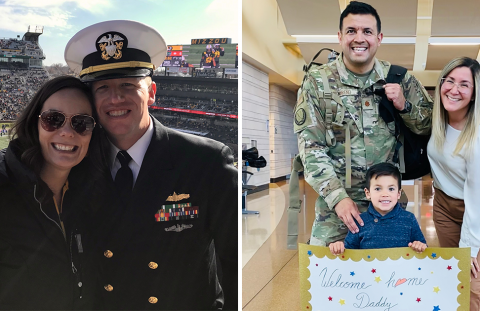