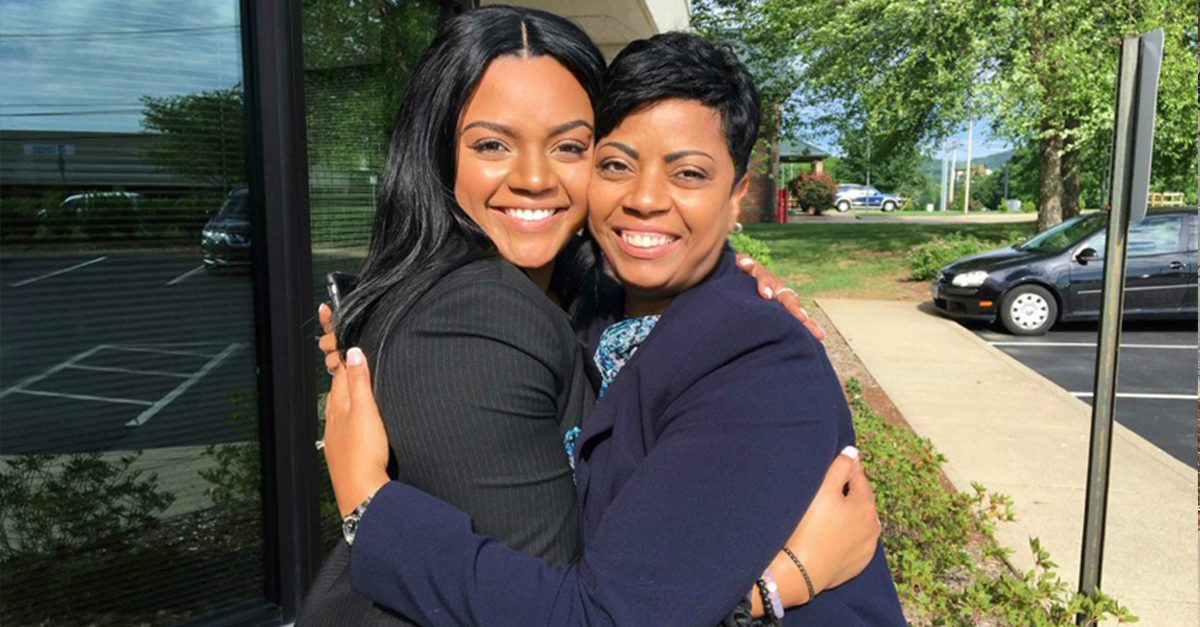 Tiara got a lot of things from her mom:

Her loyalty to her family.

And a lifetime of inspiration.

But she’s earning her career success on her own.

Tiara’s parents predicted she’d follow one of their paths – working at Enterprise like her mom, Yvonne, or serving in the Navy as her father, Michael, did. But she insisted that would never be the case. Besides, she had her heart set on a career as an athletic director.

That changed when her mom convinced her to apply for an internship at Enterprise during her junior year at Middle Tennessee State. When she graduated, she realized career opportunities for athletic directors weren’t very stable.

“I saw the chance for a full-time job at Enterprise that I already knew I was good at,” she says. “I understood my responsibilities, and I also felt confident I would have the resources I needed to become the best I could be. It just made sense.”

She knew all that, not just because of her internship, but because she witnessed it firsthand throughout her life.

Her mom’s Enterprise career grew and changed over 20 years in parallel with the family’s multiple moves – some inspired by her dad’s military transfers and some by Yvonne’s promotional opportunities. While military spouses often have a hard time building their careers as they transfer across the country, Yvonne was able to keep moving up and around to fulfill her potential, thanks to Enterprise’s flexibility and Michael’s sacrifices.

Not surprisingly, Tiara is on a similar path. In just four years, she’s held 10 positions in five locations and been promoted six times within Tennessee, where she is currently a Branch Manager.

While Tiara draws inspiration from her mom, she relies on her own work ethic and determined personality to achieve success.

“When I first started, I was great with customer service, but my sales were not very good,” she says. “I knew I could improve. I had seen my mom do it, and I knew I could do it, too.”

“I catch myself mimicking my mom and her patience when I talk to an upset customer,” says Tiara.

She’s also following Yvonne’s lead as a caring manager; several of Yvonne’s former staff members still call her Mom and get together with her socially.

“My mom taught me that your employees will run through a brick wall for you if they feel like you care about them,” she says.

So Tiara makes it a point to get to know her team members and their personal interests. She often uses that information to make small gestures of support, like picking up their favorite treats on her way to the office.

“As a manager, you’re not a robot,” she says. “We all work really hard, but my employees are people first, and I care about them inside and outside the workplace.”