Five Tips for Being a Good LGBTQ+ Ally at Work

Grange’s Story: #EnterPride – Pride Month is a chance to celebrate our differences

Mirek’s Story: #EnterPride – Being an ally means supporting the LGBTQ+ community with your actions 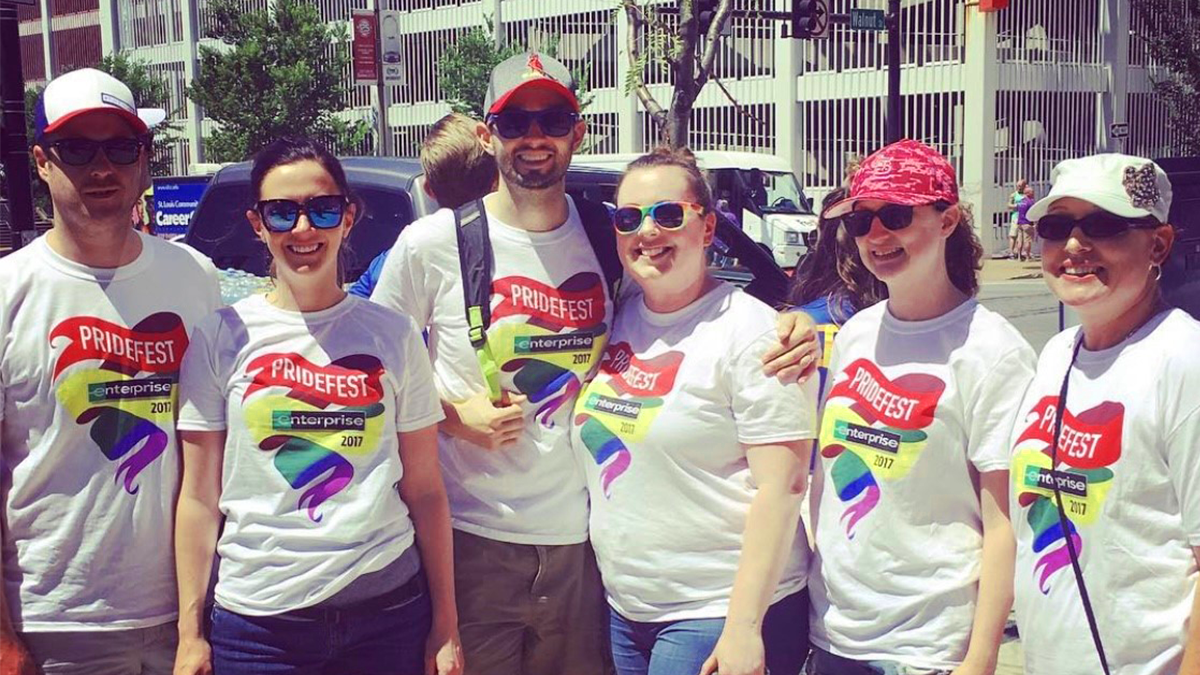 Our doors are open. At Enterprise Holdings, inclusivity is built into our core values and we strive to be a place where diverse employees want to work and where diverse customers want to do business. In June, we celebrate Pride Month which is intended to encourage honesty and openness about being LGBTQ+.

A study from the Human Rights Campaign reports that 46% of LGBTQ+ individuals are closeted at work. Why? Despite strides in movements and legislation for fair rights and treatment, much of the LGBTQ+ community is still faced with misunderstanding, rejection, bullying and lack of opportunity in and out of the workplace.

An ally is supportive, accepting and advocates for the LGBTQ+ person. Here are five tips for how you can be an LGBTQ+ Ally.

LGBTQ+ stands for lesbian, gay, bisexual, transgender, queer/questioning, and the “plus” represents other sexual identities including pansexual and two-spirit. While the acronym is used to represent a diverse range of sexualities and gender identities, it can be helpful to take the time to understand what it means for someone to identify as belonging to one of these categories.

Uncover your own bias.

While furthering your understanding of various LBGTQ+ terms and definitions, you may realize that you possess biases against this population. Unconscious biases are stereotypes, feelings, perceptions, or beliefs we have about certain groups that are formed outside of our own conscious awareness. They are your knee-jerk assumptions about certain groups of people and are learned over time, through experiences and your upbringing.

It’s important to realize that just because something is true for one person of a specific gender, race, ethnicity, or sexual orientation, that doesn’t mean it must be true for all other people in that category – it just doesn’t make sense when you think about it.

The first step is to recognize our biases so that we can then question if they are valid or not. Often, you can overcome unconscious bias by asking questions and allowing individuals to provide their own response and perspective.

It is human nature to be drawn to people who are like you. We build relationships by finding commonalities and often, this starts with people who look like you, who are the same gender or have a similar family structure.

There is so much beauty in diversity, and one of the best ways to broaden your perspective and become a better ally to the LGBTQ+ community and beyond is to be intentional about networking with people who are not like you. Challenge yourself to include someone new in your lunch group or virtual happy hour, or invite them to assist you on a project you are heading up. It expands both of your networks, and it may be the door that person needed to open to grow in their career.

Use gender neutral greetings and be mindful of preferred pronouns.

Consider inclusive greetings such as, “Hi Team!” instead of “Hi Guys!” or other gender-based greetings. Being mindful of individual preferred pronouns is also a best practice to ensure you are inclusive and an ally. To assist in making it feel safe for others to share their preferred pronoun, it can be helpful if you specify your own in your email signature or in an introductory meeting with a new colleague or teammate.

Participating in organized efforts such as local Pride parades and Employee Resource Groups are great ways to get involved in the LGBTQ+ community. These events also create further opportunities for you to meet new people, which will support diversifying your network.

Lastly, speak up if you ever witness someone being picked on or overhear a coworker making unkind jokes or comments related to the LGBTQ+ community. Your decision to take action can help set the tone for what is acceptable and what will be tolerated in the workplace.

How you show up as an ally at work can make a real impact on your coworkers who are members of the LGBTQ+ community. Happy Pride Month!

Want to find out more about #EnterPRIDE? See how we’re celebrating all month long. 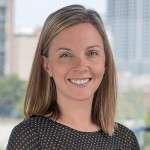 Julie is a Group Talent Acquisition Manager in St. Louis, MO. She's been with Enterprise for 11 years.

See all posts from this author