What is your One Word to describe Enterprise: Diversity 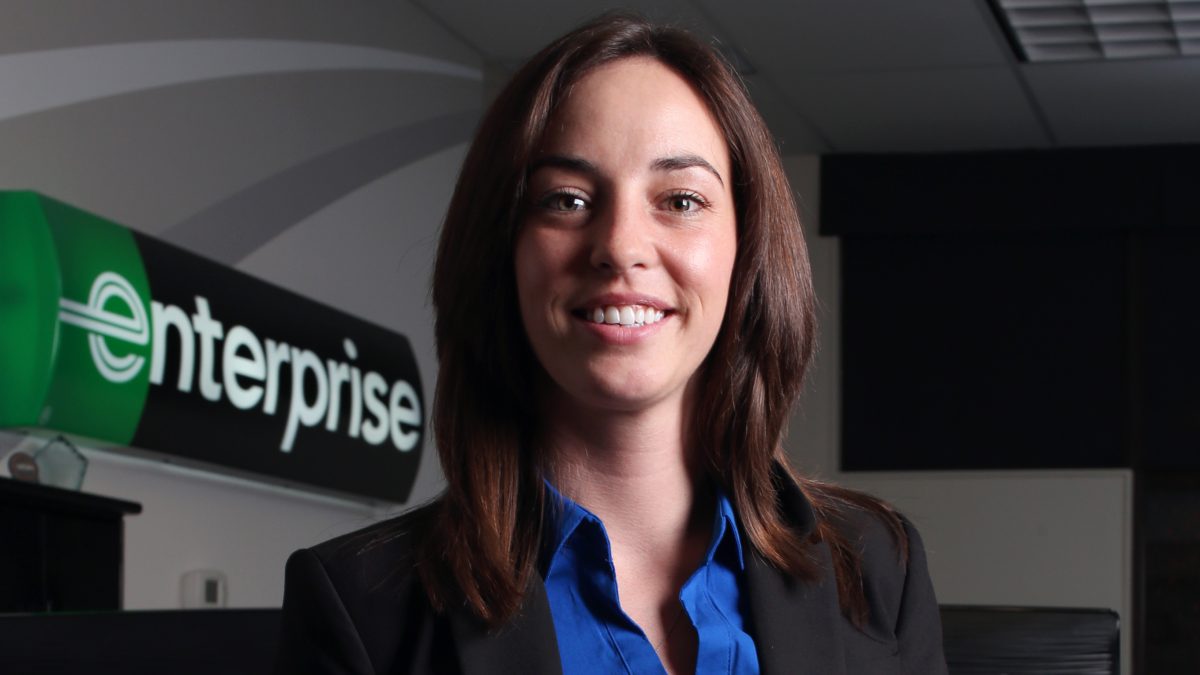 Growing up, I always thought I’d end up with a job that involved golf. While I hoped to golf professionally, I knew I could provide lessons as a backup plan. Even though neither of those ideas came true, working at Enterprise has been an amazing ride. And, I still get in an occasional round of golf on the job.

I first learned about Enterprise while attending a leadership class at Western University of Michigan, where I attended school on a golf scholarship. A female branch manager had come in to talk during one of my classes about customer service and the type of people Enterprise hires.

At that time, renting cars did not seem like what I wanted to do, but that branch manager made a good impression that stuck with me. She made such a strong case that when I returned to Canada after earning degrees in business management and international business, I looked them up.

I went into my first interview with Enterprise not knowing much about cars, but felt everything else fit perfectly. As I returned for subsequent interviews, I met more and more women who had made a name for themselves within the company, so I felt like I had a fighting chance.

I joined as a Management Trainee in Sault Ste. Marie, in Ontario, Canada, in 2008. I learned the ropes pretty quickly — I had to because the next closest branch to ours was 3.5 hours away. I became the Assistant Manager of that rural branch within 12 months, and I was promoted to Branch Manager just shy of my two-year anniversary.

I learned early on how to respond quickly when opportunity knocked. I accepted a Branch Manager position in Ottawa — nearly 10 hours away — to take on a location that had struggled with growth. With the help of my team, we developed more strategic relationships and followed through on our operational plans. After 12 months, our branch had grown by about 35 percent in revenue.

I’ve learned a lot during my time at Enterprise. In fact, when I received the promotion to run Sault Ste. Marie, I remember thinking, “Wow, I can do this.” It made me realize I had the potential, and with great mentors I’ve continued to progress.

Today, I serve as the Area Manager in Northwest Ontario. I oversee six branches across two time zones, but my job focuses mostly on employee development. I can’t do everything by myself, but if I train my team well, we can do anything together.

At Enterprise, you can achieve more than you ever thought possible. It’s all a matter of how far you want to GO. This is where it all starts.