All in the family: From the court to cars 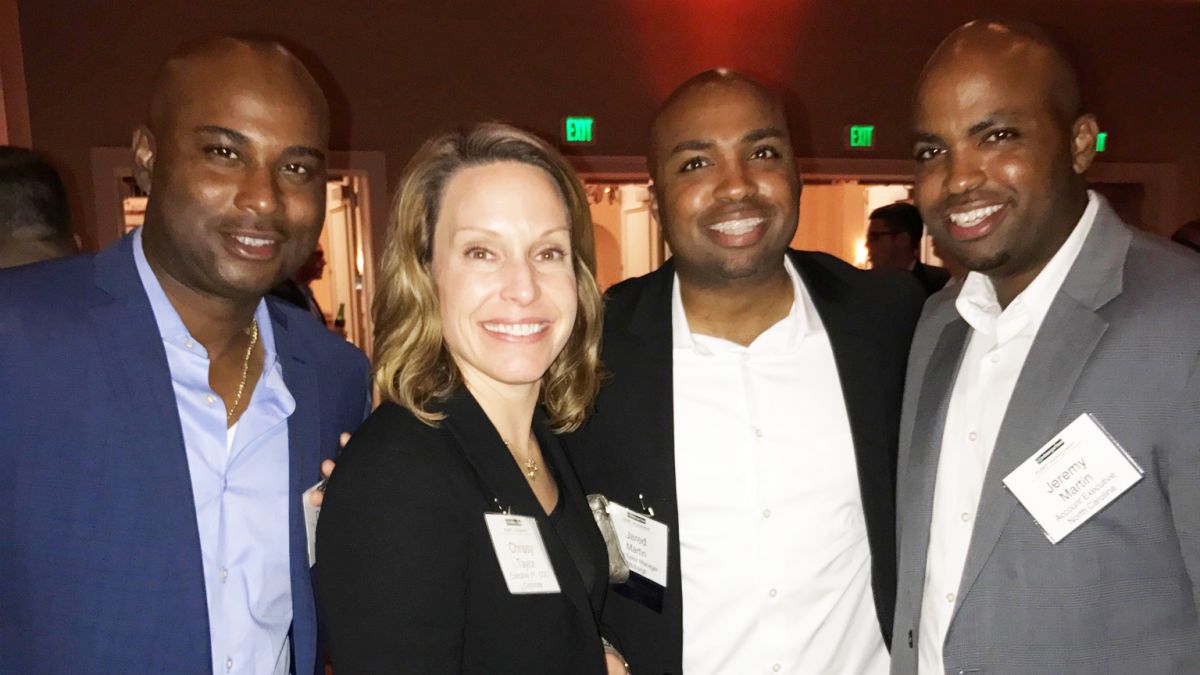 Jared speaks admiringly of older brother Damon and his skills on the court. “He’s a really good athlete with a huge serve,” Jared says. Jared’s twin brother, Jeremy, is equally as strong on the court.

While Jared’s tennis game might not land him at Wimbledon, he says it’s his work ethic that really sets him apart.

Recently promoted to Area Sales Manager for Enterprise Fleet Management in Pittsburgh, Jared has been known to make bold personal performance goals. Like the time a few years ago when he promised Chief Operating Officer Chrissy Taylor at the Fleet Management national sales meeting that she’d be awarding him a green jacket the next year, an honorary tradition for top Fleet sales performers.

“I made that statement as a challenge to myself and used it as motivation – I had a strong year.” A Top Two performance, it turns out, made all the sweeter by the fact that both Damon and Jeremy were there to see Jared don his green jacket on stage. They both joined Fleet Management as Account Executives in 2016 – Damon in Atlanta, and Jeremy in Charlotte.

Family ties certainly played a role in bringing the three brothers into the business. And all three were grateful to find Enterprise embraces the same kind of support, teamwork and competitive spirit they experienced in their tennis playing days – from junior tournaments through their undergraduate years at North Carolina A&T.

“If it weren’t for Jared, I probably wouldn’t be here because I wasn’t aware of the outside sales opportunity in Fleet,” Damon says. “I love sales, particularly knowing I get rewarded based on the results of my hard work.”

Jeremy enjoys that sort of challenge, too – not unlike his experience on the college tennis team. “You play individual matches, but everybody’s scores add up to determine the winner, so you’re always very much interested in helping your teammates,” he says. “The same thing happens here, when we make referrals and share best practices.”

Beyond business success, the brothers have learned to appreciate the authentic family feel they’ve encountered at Enterprise. “We’re all about making everybody better, every day, and that’s a great atmosphere to work in,” Damon says.

Leadership from the top

It starts with the Taylors, according to Jeremy.

“At other companies, you might get a new CEO or CFO, and suddenly the boat gets pulled in different directions,” he says. “At Enterprise, there’s family pride in the leadership at the top, so you’re always pulling in the same direction. And it’s truly a collaborative effort – no one is going to ask you to do something they wouldn’t be willing to do themselves.”

Simply put, notes Jared, the Enterprise work environment – welcoming, supportive, challenging – winds up feeling a lot like home. “I’m not just a number or statistic here,” he says. And that’s a big reason why I wanted to have Damon and Jeremy come on, too.”

Of course, it doesn’t hurt that Enterprise also provides an excellent way for the brothers to let those familiar competitive juices flow. “At the end of the day, I want all three of us to earn a place at the table next to the Taylors,” Jared says. “But hopefully, I’ll be closer than they are – even if it’s just by one seat!”